Did he cancel or move to a smaller venue due to the weather? Nope.

Driving rain at the Romney rally in Newport News, VA. They moved the start time up because of the awful conditions. CNN live now

People on the scene provide photos and reports.

No umbrella or overhang for Romney as he let the rain fall on him during brief remarks in downtown Newport News today. #hrromney 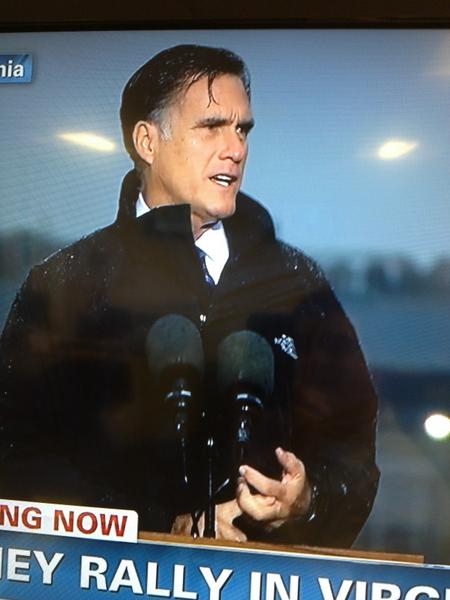 Romney giving his stump speech in the pouring rain — no umbrella — in Newport News, VA pic.twitter.com/dGLUhqMi 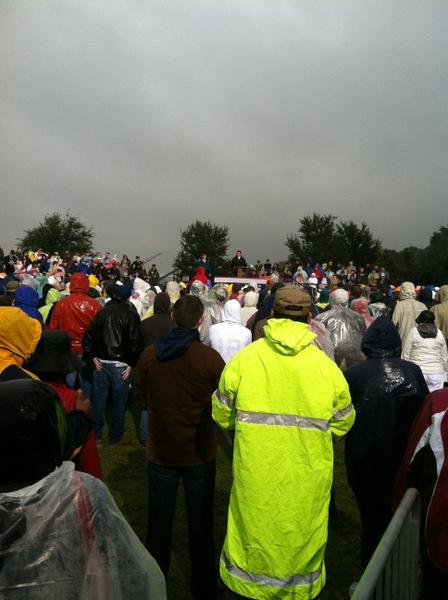 To the contrary; this is how in touch he is.

Romney NOT shying away from the rain. After 15 minute speech, he stayed out shaking hands with crowd for at least 10 more min 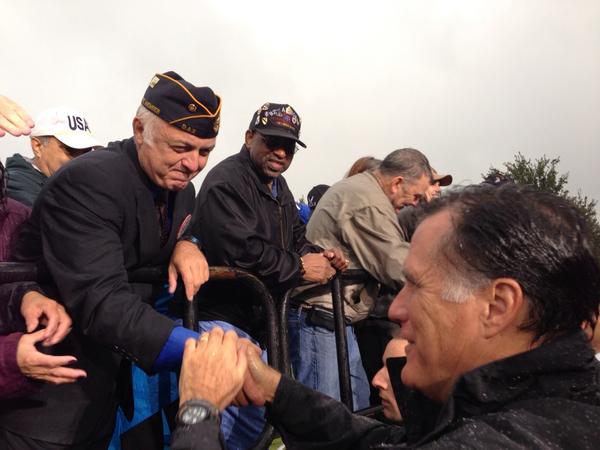 It didn’t stop his supporters, either.

ROMNEY IN THE RAIN, VA: MT @claypilot: People wonder why I'm confident we will win. B/c I see people like you out here on a day like this.

Previous Post: This Jaden Smith Tweet Holds The Answer To Dress Gate
Next Post: Deep thought of the day from Obama: ‘I think you grow an economy from the middle out, not the top down.’