During a press conference in the Philippines yesterday, President Obama mocked Republicans who are opposed to allowing refugees into the U.S. without careful vetting first:

The president has also scolded Republicans for “being scared of widows and orphans.”

And of course Obama’s fans in the media have picked up on that:

Widows and orphans? In Turkey, ISIS suspects posing as refugees have been arrested:

Additionally, the Daily Mail reports that dozens of people have been arrested for ISIS plots in the United States, and some were allowed into the country as refugees:

Not a three-year-old among them? 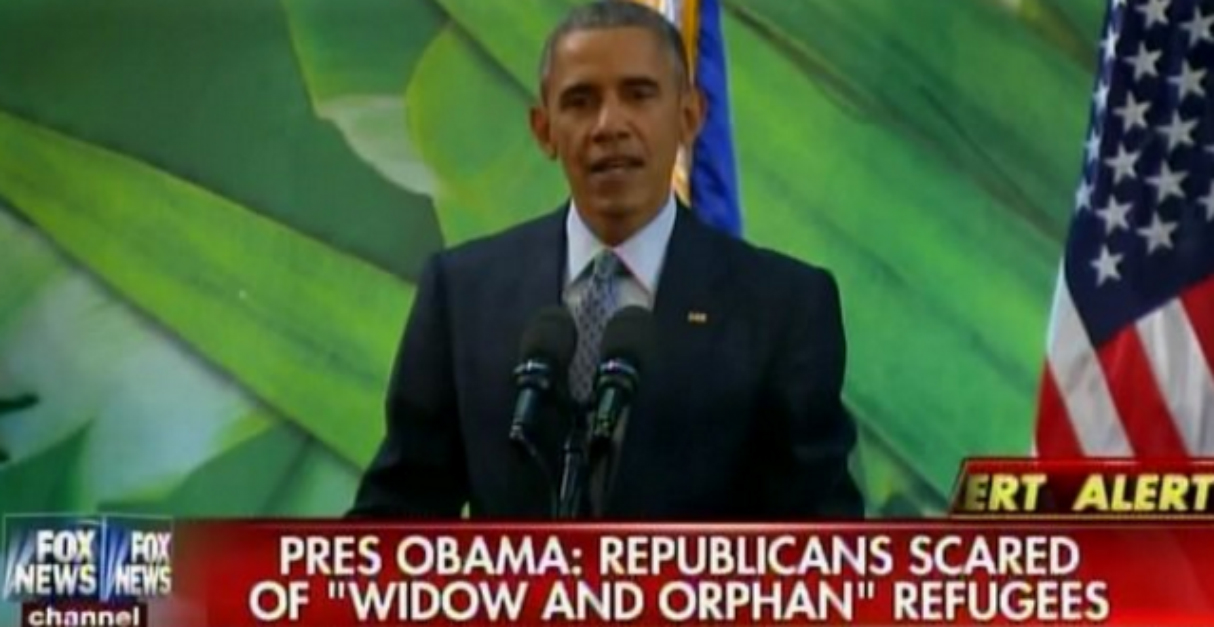 Previous Post: I Hate You The Least…
Next Post: So These People Got Struck By Lightning And Became Superheroes. Awesome.