A potentially dangerous situation is unfolding in Burns, Oregon where an unknown number of militia members including two sons of Nevada rancher Cliven Bundy have taken over a remote Federal wildlife station:

They’re in Oregon to protest the upcoming jail sentence of local ranchersDwight Hammond Jr. and his son, Steve, who were convicted on federal arson charges earlier this year:

Hammond and his son, however, don’t want their help: From CBS News:

However, the Hammond family, the Oregon ranchers at the center of the dispute, say they don’t want them there, reports CBS affiliate KOIN in Portland, Ore.

We don’t have an exact number of militia members who’ve taken over the wildlife center, but there are reports that there are as many as 100 of them already on site:

The Bundys say they “want to start a movement” and are “ready to die” if necessary:

According to Harney County Sheriff Dave Ward. “A collective effort from multiple agencies is currently working on a solution.” 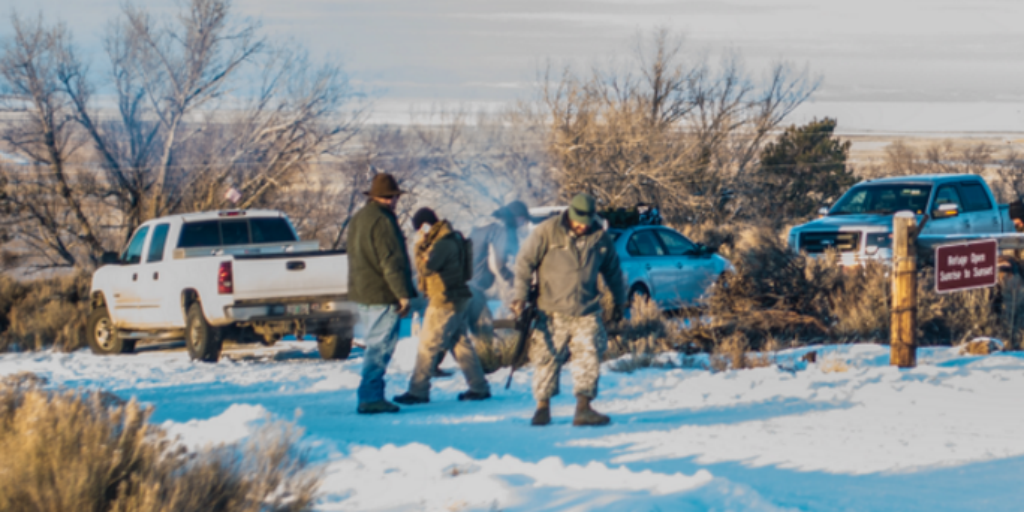