Not Every Pirate From History Had A Beard…And Some Were Even Women. Awesome!

When you think of Pirates with the Caribbean, you think of Johnny Depp and his merry band of (predominately male) pirates. Sure, Keira Knightly was the damsel in distress, but not a pirate. After all, when were pirates ever more than cantankerous bearded men?

Maybe it’s time you had a little refresher on pirate history. These women’s stories from the time of pirates will blow you away.

Tate
An insider and lady at Queen Elizabeth I’s court, Killigrew and her husband orchestrated the piracy of English ships off their coastal home for years. Most of her servants were put to death after authorities discovered her crimes. Killigrew was then freed after a suitable bribe from the very loot she stole.

2.) Jacquotte Delahaye: Back From The Dead Red

Pirate Show Cancun
Jacquotte turned to a life of piracy when her father died at a young age and she was left to take care of her autistic brother. She dressed like a man, faked her death, and even conquered an island in the Caribbean before later dying in its defense.

Wikipedia
In the early 19th century, former prostitute Ching Shih commanded almost 1,800 junk ships and 20,000 to 80,000 pirates. She also unified pirates by creating the infamous pirate Code of Conduct to ensure good behavior and honor among thieves. It worked out well—she retired with the Chinese government’s blessing and ran a gambling house in Canton during her golden years.

Pauline’s Pirates
Al Hurra was the last ever Islamic Queen of both Spain and Morocco. She pirated the western half of the Mediterranean for 40 years before her death at the hands of her no good son-in-law. 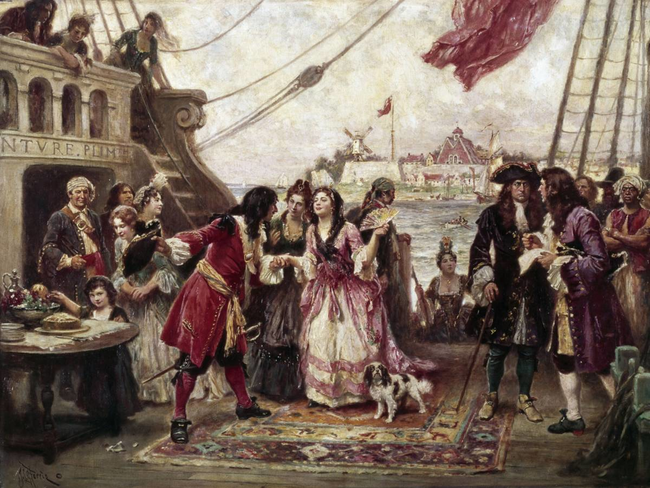 Superstock
Rachel was America’s first pirate. She raided distraught boats in high seas, killed people for money, and posed as a hand maiden to steal items of fortune. She was eventually arrested and sentenced to death for stealing a bonnet. Her pleas to be tried as a pirate went unheard by a confused courtroom. 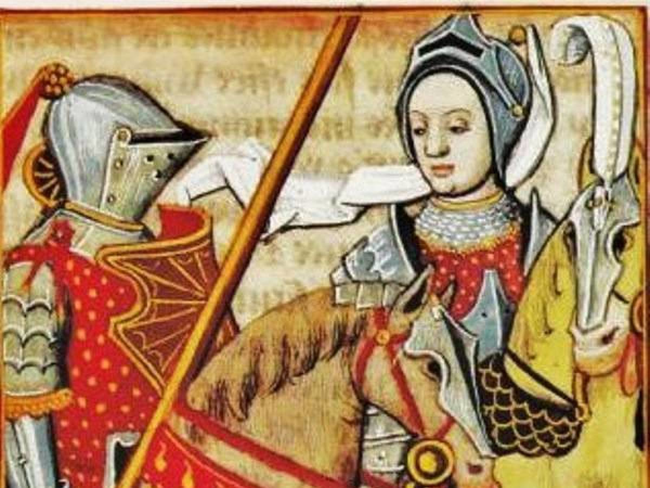 Ngasanova
De Clisson was super angry that French royalty killed her English husband for allegedly being an English spy. She spent the rest of her life commanding three pirate ships she purchased and destroyed every French ship she came across, killing every nobleman on board.

Diana Hirsch
Anne married three pirates. The third pirate, Laurens de Graaf, proposed when she challenged him to a duel for killing her second husband. He pulled out a sword and she pulled out a gun and love blossomed. She accompanied him as the good luck charm of his pirate crew for the rest of her life.

Diana Hirsch
Christina, along with her brother and husband, raided 17th century ships cruising the icy Baltic Sea for years. After attacking too many wealthy Dutch merchants, Dutch authorities went on the offensive, catching and killing Christina’s brother. Christina and her husband Baron Gustaf Drake fled hunters and returned to Sweden. They were pardoned as aristocrats, and then supposedly retired to their estates.

Grid.al
She was a 3rd Century B.C.E. Queen living on the high seas and raiding Roman ships. When Rome sent 2 ambassadors to stop her, she killed one, and informed the other that piracy was legal in her kingdom. Rome subsequently declared war on her and besieged her forces until she gave in. She kept her crown and kingdom, but was forbidden from ever boarding an armed ship in the peace treaty.

Raucous Royals
Sadie, a pirate of the Hudson River, would headbutt her victims before stealing their purses. This earned her the nickname “Sadie The Goat.” She was also a notorious brawler and had a longtime feud with fellow NY female criminal and bouncer Gallus Mag. Mag famously bit off Sadie’s ear in a fight and kept it in a jar on the bar of her nightclub. Sadie got back it eventually—and wore it as a necklace for the rest of her life.

Australia’s first women pirates were serving wenches on a ship were they killed the captain and took command. After raiding other ships for three years, they settled on a small island. However, only Charlotte survived this new life—she married a local Maori chieftain.

FemalePirates
They were the only two female pirates ever to be convicted of piracy during its Golden Age. They were pardoned execution by pleading pregnancy, although the cross-dressing Read died in prison of a fever. Twenty year old Bonny is a different story, as her fate is unknown. Her rich father or government spy ex-husband may have ransomed her. Or she could have escaped and led a further life of piracy.

Southern Muse
This Chinese widower took lived in the 1920s (!) and took command of her husband’s 80 ship fleet to capture young girls for human trafficking. Her fleet had had enough after two years and turned her in.

Badassoftheweek
This Queen of Western Ireland was famously promiscuous and perfectly happy to confiscate the castles of her lovers and ex-husbands. She had tea with Queen Elizabeth I, while at the same time controlled the high seas of her surrounding nation with an iron fist.

15.) Æthelflæd: Lady Of The Mercians

Ethelfleda
This English queen set sail in the 10th century to stop pirates. For seven years, she successfully fended off Viking pirates. Her kingdom fell shortly after her death, but she’s still remembered as an exceptional fighter and queen.

I doubt I could be a pirate back in the day. These women could do it against all odds. I suppose they’re tougher than I ever could be.

Previous Post: If You Remember This, You’re Old. Very Old…
Next Post: Cruz: Obama forcing nuns ‘to violate their beliefs at altar of Obamacare’