‘Not The Onion’: Politico’s report on the word that ‘almost sank’ the Paris climate talks is ‘beyond parody’

It certainly is. These paragraphs say it all:

Obama administration lawyers discovered early in the day that the latest draft text had a potentially deal-killing tweak: Deep into the document, in Article 4, was a line declaring that wealthier countries “shall” set economy-wide targets for cutting their greenhouse gas pollution.

That may not sound like such a headache-inducing roadblock, but in the world of international climate negotiations, every word counts. In previous drafts, the word “shall” had been “should” and in the lingo of U.N. climate agreements, “shall” implies legal obligation and “should” does not. That means the word change could have obliged the Obama administration to submit the final deal to the Senate for its approval. And inevitably, the GOP-led chamber would kill it on sight.

Here are several other suggestions ofwords that could have taken down the deal:

The media continue to joyfully carry the water for thisreckless and incompetent administration. 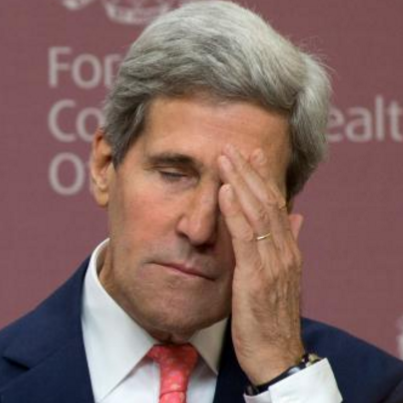 Previous Post: ‘Love one another’: Tim Tebow tweets John 13:34, fans say ‘Amen!’
Next Post: Ever Wondered What It’s Like To Be A Private Jet Pilot? Let This Man Explain!