Small biz owners: ‘Closing up shop,’ and ‘can’t afford to stay in business’

As Twitchy has reported, the layoff bomb has detonated. Small business owners relayed their heartbreak over having to lay off employees, due to the crushing finanical burden of Obamacare. Large businesses are contemplating cutting workers’ hours and hiring freezes. Small businesses are doing the same.

I think we will have a record of lay offs and business’ closing up shop before January. Welcome to Obamas new normal.

And they are being attacked for it. Threats of boycotts have been spewed. Because, you know, that totally helps the employees whose hours keep being cut due to business-crushing Obama policies. Other businesses have been attacked as racist or as un-American. For struggling to remain in business.

Now, small business owners on Twitter, and their loved ones, report further devastation. Countless small businesses are now forced to close their doors. Here are just a few of the heartbreaking stories.

So sad, our diner in business for over 35 years just posted a sign of impending closure. They can’t afford to stay open, 23 employees

Because of Obamacare we are officially closing the doors of our company effective today.

Well I’ll be shutting my shop down soon. Can’t afford to stay in business with everything thats about to hit the fan.

@bushido02 my biz friends are closing up shop or not hiring & trying to do it all themselves! We can not afford their free healthcare

Caller on Glenn Beck just said he’s “done” having a business. He’s tired of fighting against govt regs – closing up shop this year.

@thesavvy My Dad is closing his business for good tomorrow. When you already pay 70% in taxes you can’t see paying MORE.

My most FAVORITE mechanic is closing shop because he can’t afford @barackobama‘s obamacare!! Thanks Mr. President for closing small business

@speakerboehner ITS OVER, THERE IS NO ECONOMY SMALL BUSINESSES ARE CLOSING UP SHOP..

Some #consumers are being informed of cancelled appointments due to businesses closing up shop after re-election. #HVAC hang in there!!

@govmikehuckabee It’s hard not to lose hope as Obama & Jerry Brown policies are closing my CA business at the end of this month. Now what?

@hoperealtor Same here – last week we had to let all our employees go – this week, my husband is closing down our small business. THE END.

I’m done folks. Won’t be a slave. Closing my business (permanently laying off 4 employees); wife & I will live off investments. #Shrugged

@casey_peters Nice thought, but my business & my husband’s business is now done.Our last hope was Romney win. Closing doors/laying off

My optometrist and chiropractor told me they’ll be closing their business if ObamaCare passed. Cooooool

Breaking news: If Obama wins, he will receive 60% of my fam business’ income. In other words, closing time. Way to stimulate the economy ass

@aldridgegal5135 @seanhannity – As I said a month ago. My dad is closing his business of 35 years.

@lefth00k I have been sitting on things for the last four years. I’m closing my business

Just finished talking with my business partner, we will retire. It is a small business and will advise employees we are closing by year end.

My hairdresser & her husband closing up shop at end of lease (Feb) instead of retiring in 5 yrs.She said not worth it w/ #Obama reelected.

I consider closing what is left of my business tomorrow. I see no need of continuing to build up debt hoping for a turn in the economy.

In six hours, one of my best friends will tell his employees he’s closing his business after 35 years because he can’t afford #Obamacare.

@pac43 my husband has a small business that will be closing at the end of the year because of the election.

@shurst721 my parents closing shop on the15th, 36 years in business in Cincinnatithanks Obama for the great economy!!!!!

I planned for poss Obama win. Closing my business. Started informing clients today. Will wind down by yrs end. I will not feed Obama’s beast

@ticktockvint I know it:( My family has been in business over 50 yrs, but closing Jan due to the economy. Sad to lose a true quality company

My friend is closing her very successful small business after 18 years. One of many Obamacare casualties.

The small business my son works at (5 ee’s) will be closing at year end.He’s had enough.

@ron_rosenbaum $250k plus salary from my business…closing the business (17 jobs gone).But since Obama built it…

My ancestors came here 375 years ago from England. Now we are closing all our business, lay of 267 people and go back to UK. #AmericaLost

A local business is closing down in my hometown; everything must go. The energy in the building was crushing.

Love my red county in NJ but we r closing our business of 25 years. Can no longer afford to work. Any suggestions of red states to move to?

@dloesch I’m closing my businessthis week for good. At least I can walk away not owing

The heartbreak is palpable. The devastation is overwhelming. People have worked so hard all their lives in order to build businesses and employ others. And now it’s gone. The sad reality is that President Obama and his policies have destroyed these small businesses.

I’m so sad my work is closing down after 20 years of business. I got this with my paycheck 💔😢 twitter.com/itssrachelann/… 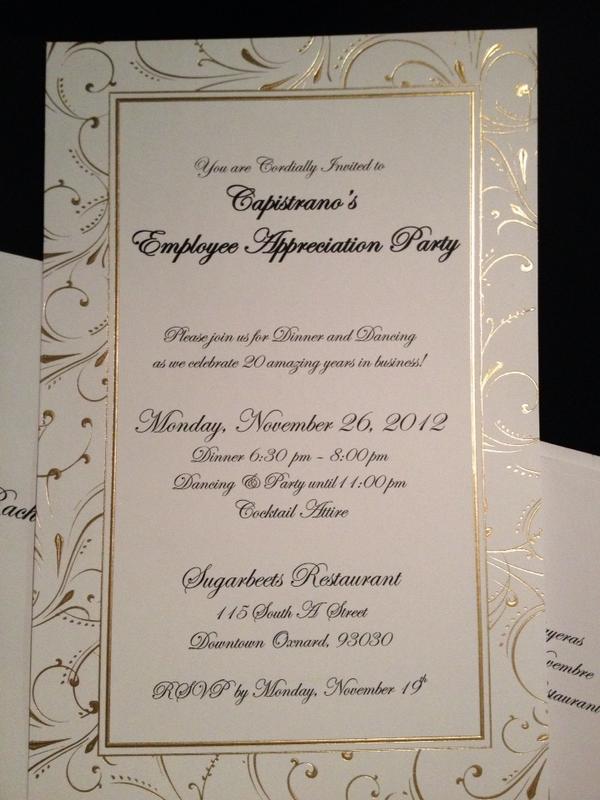 The Left would demonize that company, too. They clearly value and love their employees. Heartbreaking. And the heartache will just keep coming.

Our future MT @talkmaster Email from my long-time doctor in Atlanta this morning. Closing up shop. Retiring. ObamaCare. #tcot

Are you listening, “leaders?” We know President Obama isn’t. Talk to the hand, business owners. You didn’t “build that” anyway.