They Found A Tangle Of Newborn Kittens In The Bushes, But Watch What Happens

“I had heard the stories, but then it happened to me.”

When Imgur user arthisbeapirate heard strange noises coming from her bushes, she went to investigate. Pulling the leaves back, the woman and her neighbor discovered three tiny, day-old kittens.

Initially leaving them with the hope that the momma would return, arthisbeapirate had no idea that this simple, fluffy discovery would forever change her life…

After hearing little chirps coming from her bushes, arthisbeapirate expected to find baby birds. Instead, she discovered three tiny kittens.

Soon, she’d find a fourth one not too far off.

They left the tiny tykes, hoping that mom would return, but she never resumed her motherly duties. So they gathered the four cuties up — three were still tangled in umbilical cords — and brought them to the vet.

Sadly, one passed away during the cord separation surgery.

Arthisbeapirate brought the three of them home, but after countless bottle-feeding sessions, the two other kittens that had once been attached also passed away. 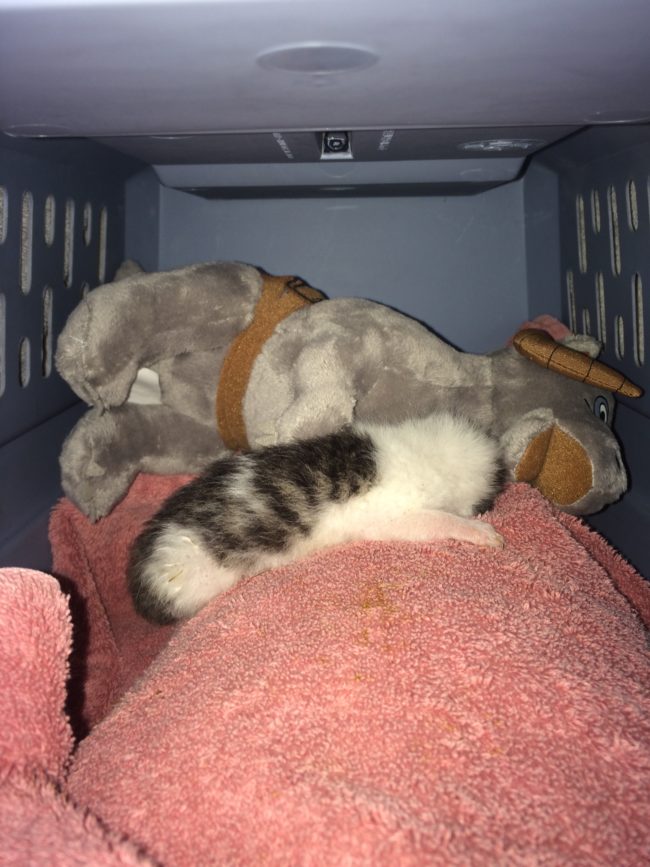 Left with only one little girl, arthisbeapirate did everything she could to make sure she’d have every chance of survival. 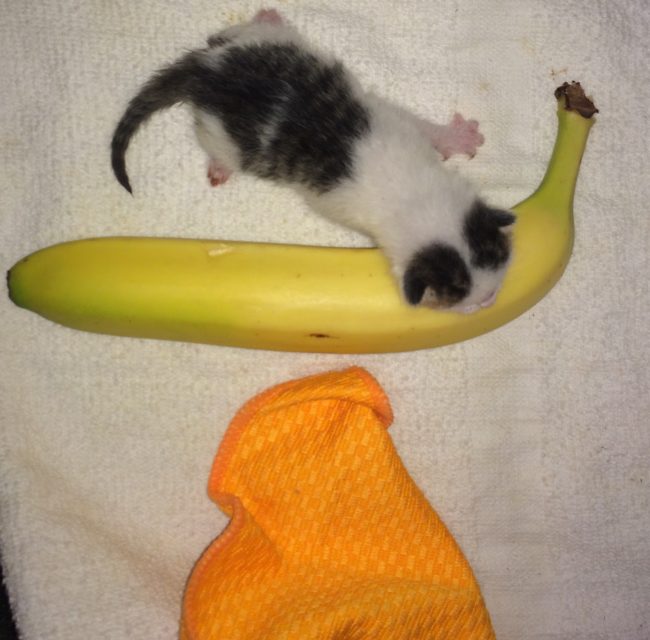 Thankfully, this little lady was the strongest of the litter. Arthisbeapirate named her Ripley.

One day, she finally grew to the point where she could open her eyes and the dangerous period of her life seemed to pass.

Ripley immediately began to act like a real cat. 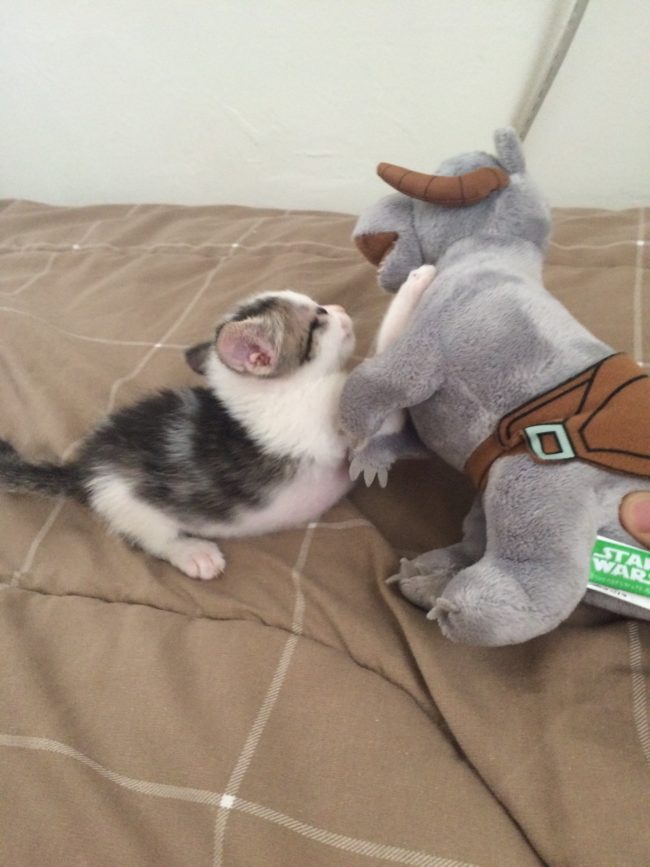 …Which meant occasionally getting into trouble.

But as she grew, every day truly was a blessing…even when she had to get spayed!

What a lucky lady.

The stuffed animal that kept her company during the most trying time in her life has remained by her side. 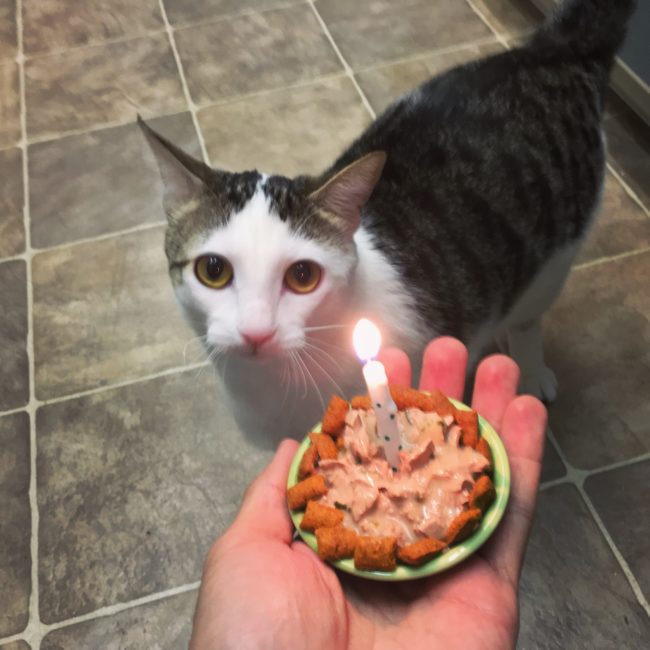 What a sassy survivor!

If you’d like to read more about Ripley’s story, and all the work her guardian angel did to make sure she survived, check out her full story here. It’s a true tearjerker.