This Is Why Women Outlive Men. (HINT: Men Are Recklessly Insane)

It’s a statistical fact that on average women tend to live longer than men, and while scientists have numerous reasons for why that is, I think it might have something to do with what’s on display in these hilariously crazy pictures below. George Carlin said it best; “Here’s all you have to know about men and women: women are crazy, men are stupid. And the main reason women are crazy is that men are stupid.”

Who needs hedge clippers and a ladder when you have a fancy lawn mower and a crane.

At least these workers are pulling their weight instead of sitting around.

Wow! Just start etching up that headstone for him right now.

I mean seriously, what could possibly go wrong?

These men will risk it all for a few minutes in the shade.

Trust in the power of the flip-flop.

This guy doesn’t need any pirates to tell him to walk the plank. 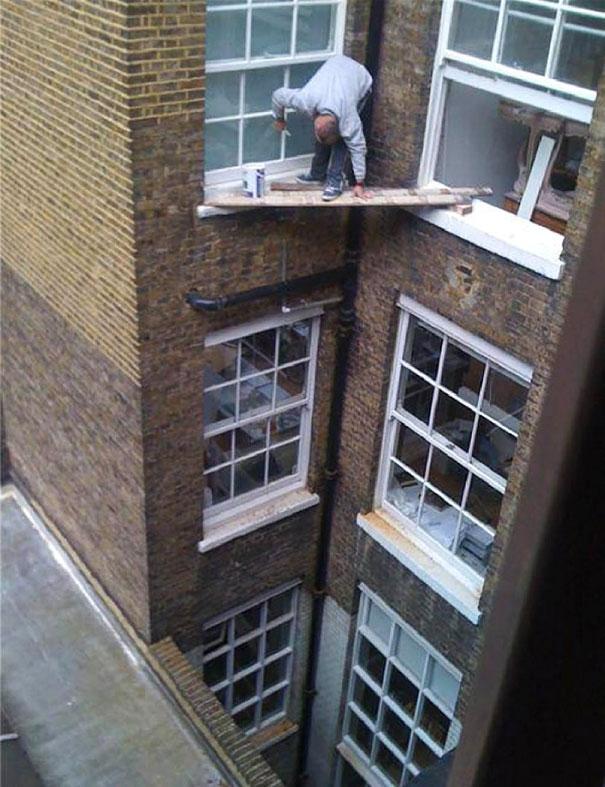 You know what they say, cigarettes are a killer.

Who needs opposable thumbs anyway? Certainly not this guy. 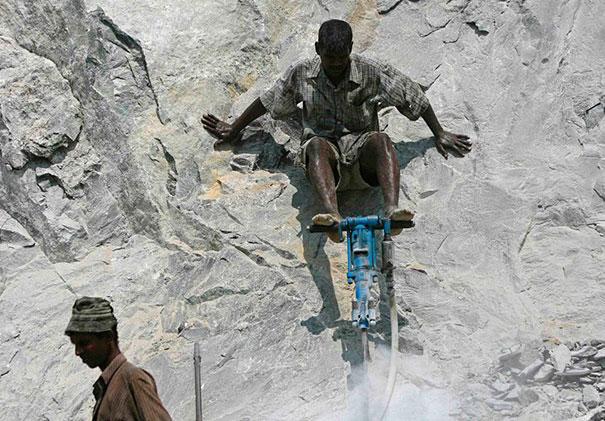 Fighting for our freedom…to do incredibly stupid stuff. 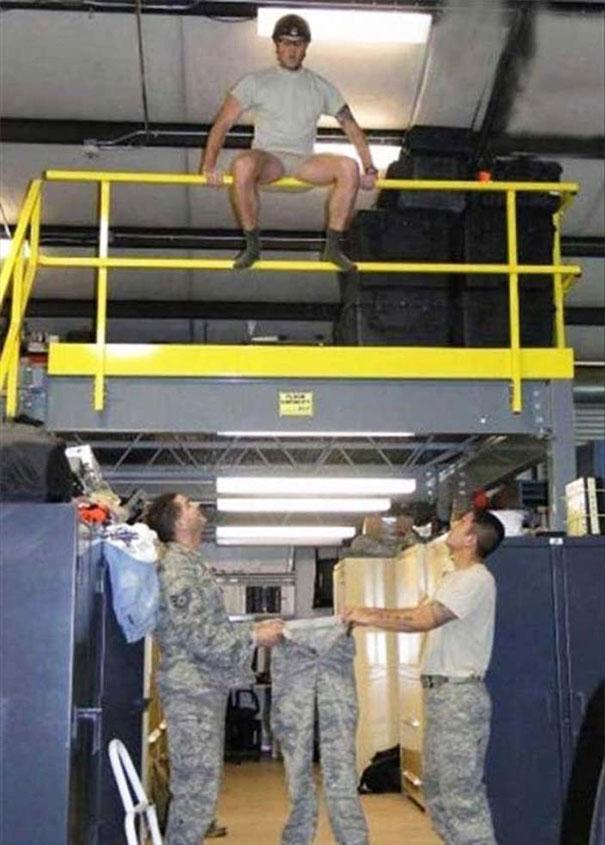 Sometimes even the simplest household tasks are matters of life and death. 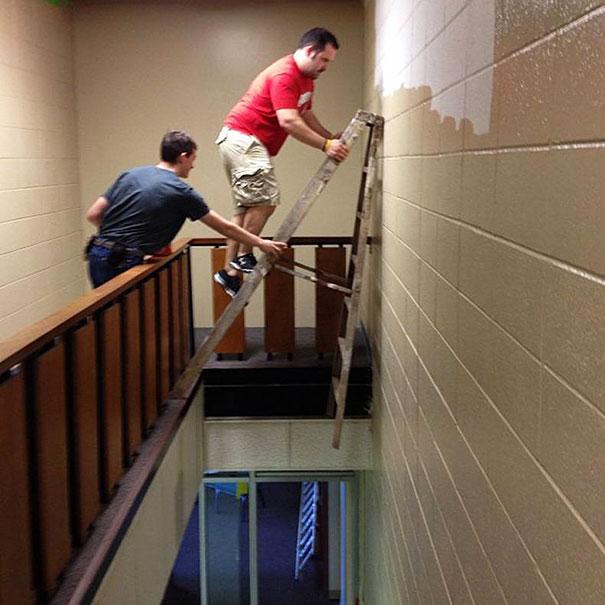 Thinking on his feet…well, thinking on some buckets. 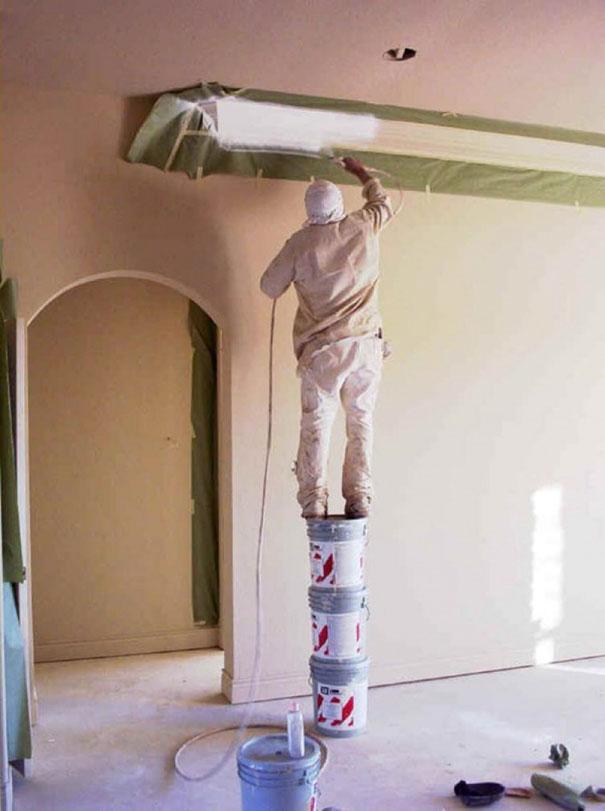 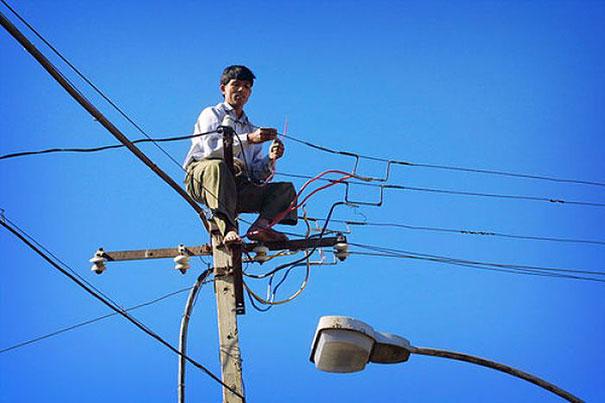 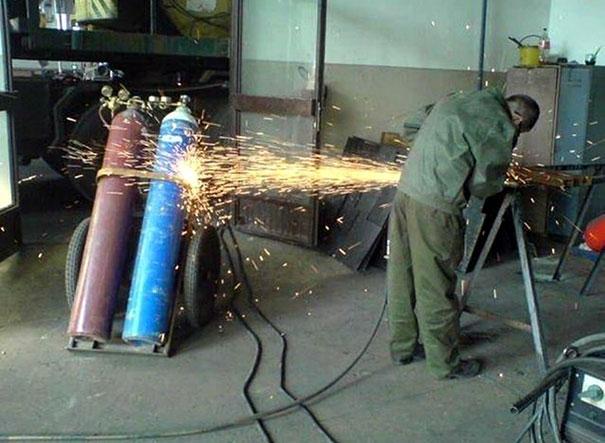 The number on that door indicates how many lives cats have…not men. 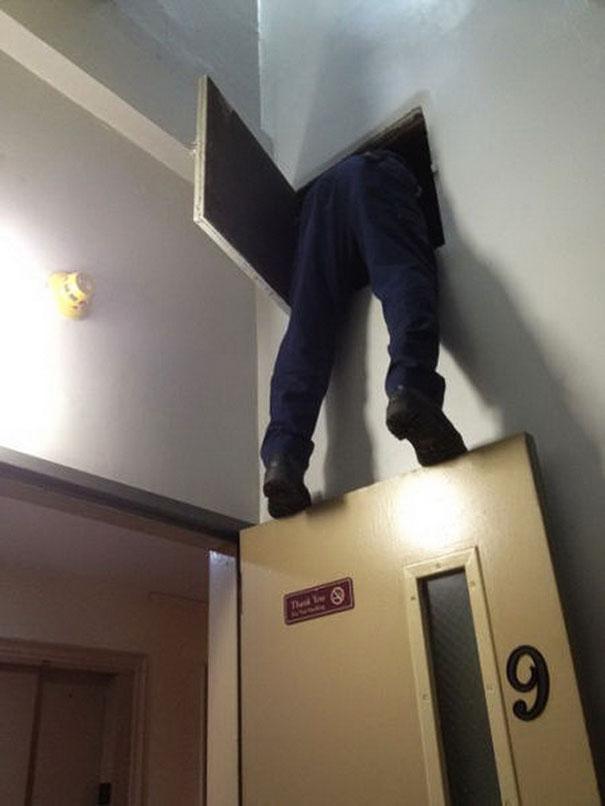 Ladders are for sissies anyway.

Putting his life into his friend’s hands, well, his knee. 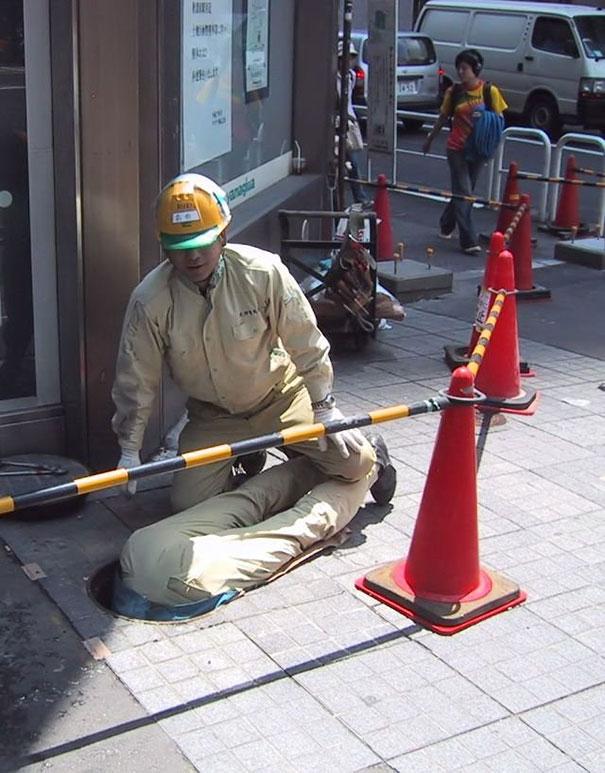 At least he had the sense to trust the weight of that huge boulder to two sticks and not just one.

This man is about to get fired. 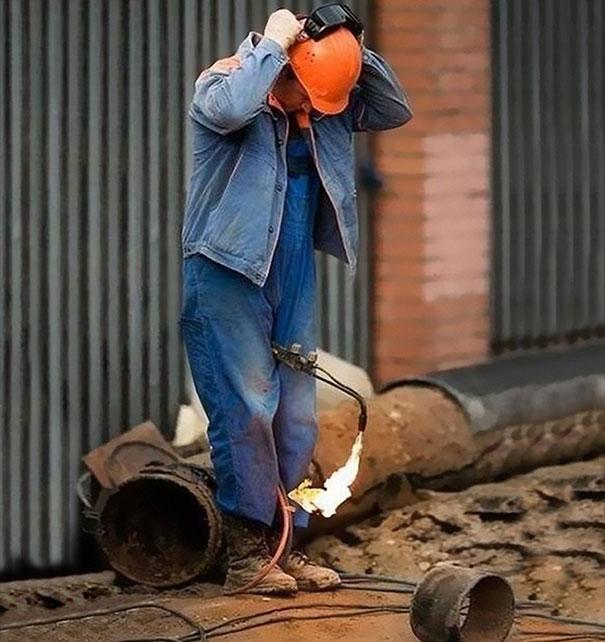 He looks really focused on the work. Clearly daydreaming about what other crazy things they can do next.

Share these risk takers (ie, men) with your friends below.