Stories of animal abuse never fail to shock and disgust me, and I’m sure the same is true for you.

We all want so badly to believe that at some point, it will finally stop happening. But sadly, just when you think you’ve seen the worst of humanity, you run across even more horrific cruelty — like what happened to Sarah, a two-year-old English bulldog.

When Karissa Parran, the assistant manager of the Almost Home No-Kill Shelter in Michigan got to work one morning, she came across an awful sight that will bring tears to your eyes. Luckily for this pup, she couldn’t have fallen into better hands.

Sarah’s owner had stuffed her into a cat crate and she was crying in agony when Parran found her.

The crate on the right is the proper size for her 60-pound frame, but she was cruelly left inside the other tiny box and abandoned outside of the shelter. 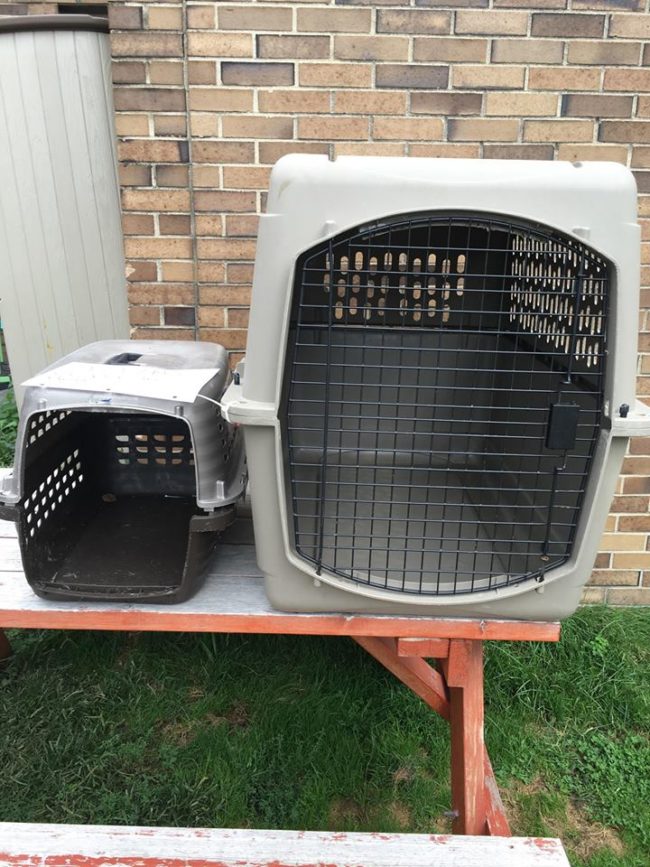 When they were finally able to get her out of her prison, they were shocked by her injuries. 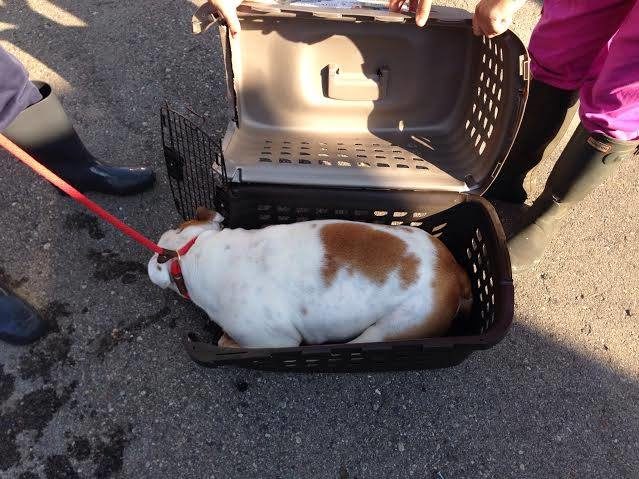 She couldn’t walk at all, and they realized she was completely paralyzed from the waist down. 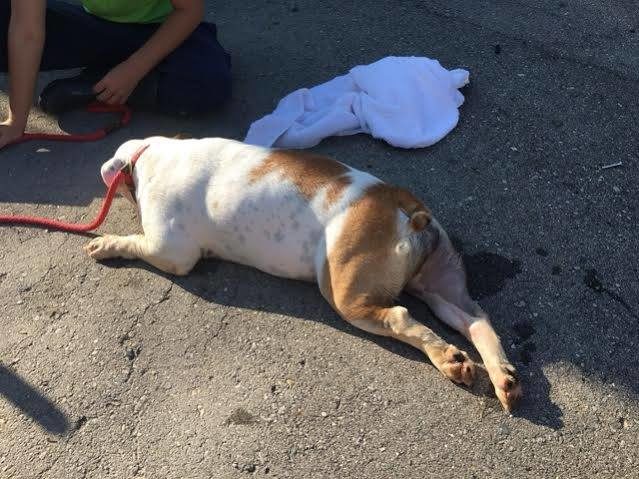 This was because she had a herniated disc, which their veterinarian believes was caused from either being mercilessly beaten or being shoved into the crate.

When the staff reviewed their security footage, they were even more horrified to find that she had been left like that for 12 long hours.

This poor baby also lost the ability to use her bladder, so her medical team has to express it for her because she is too terrified of catheters.

Along with a lot of pain medications and treatments for her inflamed spine, the shelter workers are giving her as much love and comfort as possible.

And even after all the unimaginable pain she went through, this sweet girl showers her rescuers with kisses and cuddles.

Police are still looking for the person who did this, and while Sarah is getting the best care possible right now, she still needs your help.

In order for her to ever have a chance at walking again, she needs a spinal surgery that will cost at least $10,000. Unfortunately, the shelter can’t afford to pay the full amount, and is asking for anyone to help with the money. If you’d like to support her surgery, you can make a tax-deductible donation here.

We all wish Sarah the best and hope for a full and speedy recovery.

Previous Post: I Found Out My Mom Has Been Cheating On My…
Next Post: We Drew 9 Disney Scenes According To Science And It’s Horrifying