Apparently excavations of the bodies have been going on for some time now, you can find out more from the Easter Island Statue Project.  It’s generally accepted that the statues were made sometime between 1000 and 1650 AD. There is controversy surrounding why the bodies are buried, the real reason is unknown. Was it time and erosion, or were they buried on purpose?    The soil surrounding the bodies for so long has preserved interesting carvings… 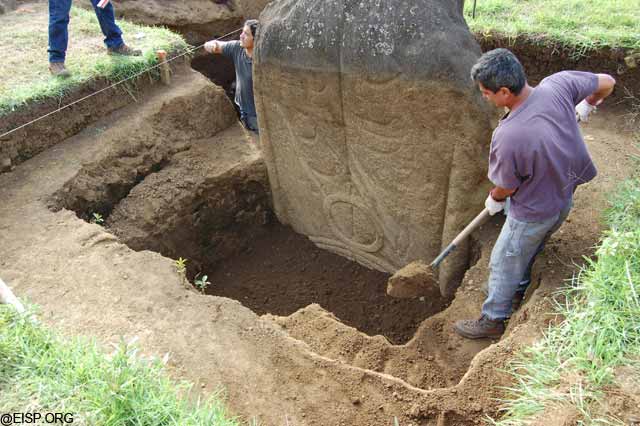 Be sure to check out the link above for more statue-y awesomeness!

Previous Post: Sally Kohn supports military action in Syria if Obama does it; Updated
Next Post: There’s That Chameleon Again…