As If Michigan Didn’t Have It Bad Already, Black Stuff Is Now Falling From The Sky

Further proof that Michigan is a dying, Mad Max-esque wasteland lies in one town 65 miles from Flint. There, darkness is literally raining down from the sky!

A mysterious black, tar-like rain is falling from the sky in Harrison, Michigan. No one is quite sure what it is yet, but they do know it’s sticky and has caused pretty significant damage to the roads, rooftops, and cars. Lately, it seems like the Great Lake State just can’t catch a break.

On February 14, an unknown black substance fell from the sky, splattering all over the town of Harrison.

The substance has been described as “ash-like,” “oily,” and even “sticky”. It’s also heavy enough that strong winds aren’t blowing it off surfaces easily. 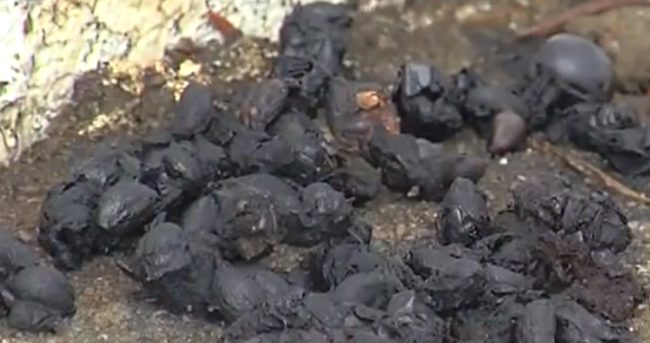 The weirdest thing about all this is that nobody is quite sure what it is…or where it came from.

One theory is that the stuff might have fallen from some sort of military aircraft that flies out of Selfridge Air National Guard Base 170 miles away. So far though, there hasn’t been any evidence that this is the case.

Until test results come back, I guess Harrison is just going to have to pretend like the sky isn’t falling. I think it’s safe to say it’s been a tough year for Michigan.

Previous Post: Woman’s ‘powerful,’ ‘must-see’ message goes viral: ‘I am a Ukrainian’ [video]
Next Post: Husband Arranges The Perfect Valentine’s Surprise For Wife, And It’ll Have You In Tears