Bad News: The Earth Is Swallowing Up Everyone And Everything. Okay, Maybe Not.. But This Is Crazy.

For some reason, in the last decade, sinkholes have been appearing in the headlines more and more frequently. It could be that news outlets are just faster at reporting news, but it’s possible that mining, fracking and other human operations have been weakening the ground below us. Cars, houses and roads are being swallowed by sinkholes at an alarming rate. You may think that you’ll never encounter one of these dangerous phenomena yourself, but experts estimate that thousands of sinkholes form every year in Florida alone. What about the rest of the United States? And the world?

An ariel view of a sinkhole is absolutely terrifying. It looks like a gateway to Hell. This giant sinkhole in Guatemala City on May 31, 2010.

This massive sinkhole formed in the middle of the Gran Marical de Ayacucho highway in Venezuela. 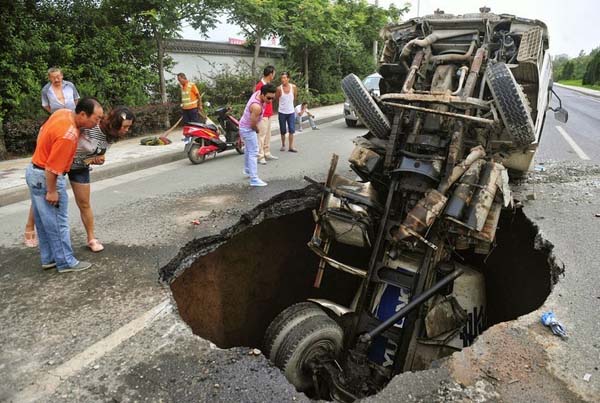 A construction vehicle fell into a sinkhole on Saint-Catherine Street in downtown Montreal.

A woman named Pamela Knox had to be rescued from a sinkhole that swallowed her car in Toledo, Ohio in July 2013.

Most often, sinkholes form as a result of rainfall or flooding, where water seeps into the ground. Because of various chemical compositions, the ground will dissolve and form a network of cavities.

Far too often, a sinkhole forms when bystanders are completely unaware.

That results in people being trapped in these large, dangerous holes. 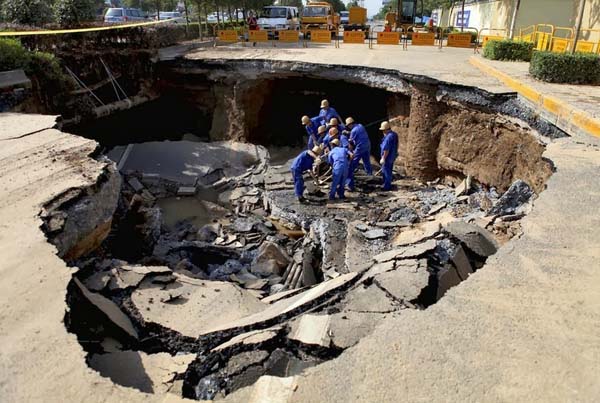 Many sinkholes, like this one, occur after a massive storm, typhoon or tidal wave. The excess water weakens the ground. 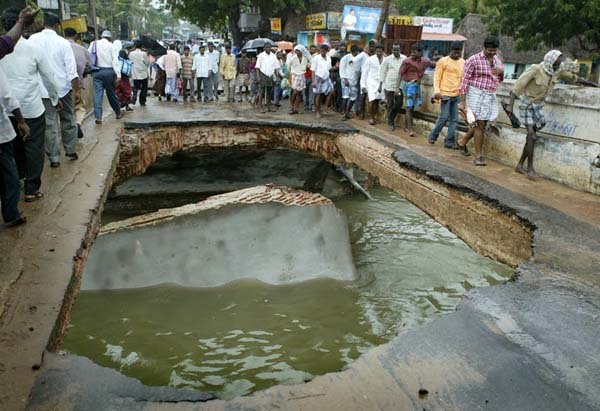 A sinkhole in San Diego damaged an on-ramp and continued to grow. 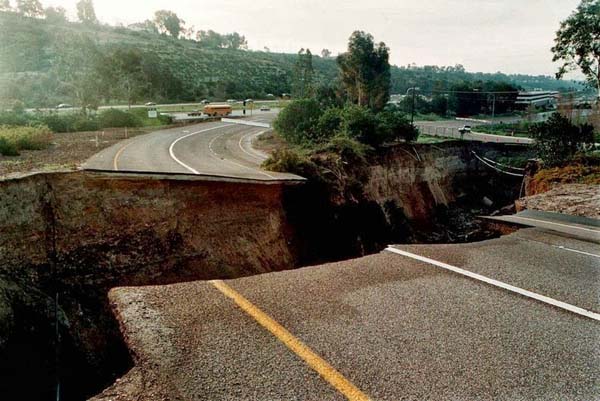 In the German village of Nachterstedt, houses were lost when a lake’s shoreline collapsed. Three residents were missing and an entire neighborhood was teetering on the edge of destruction. 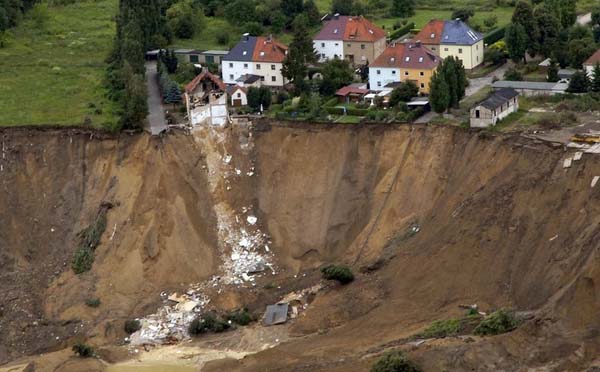 Mining can destroy underground water systems, like it did in this paddy field in China.

This new Florida home almost experienced disaster. The family had to evacuate. 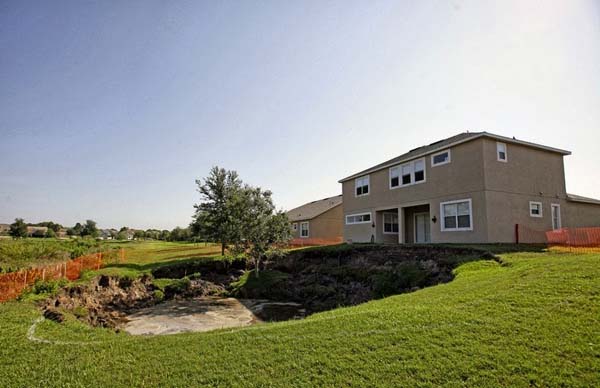 These disasters are almost impossible to predict or avoid for most people. 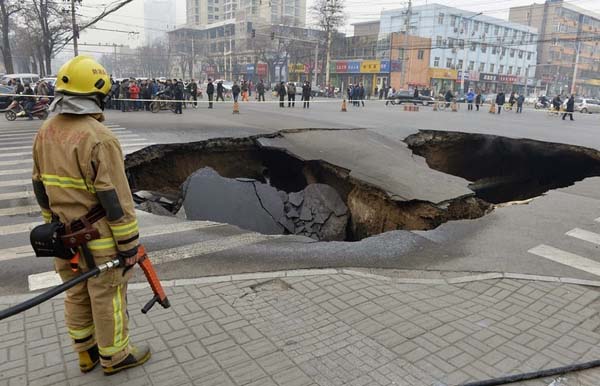 Rescue workers had to remove this bus with a crane from a Lisbon street hole.

It’s terrifying how close to homes and workplaces these holes can open up. 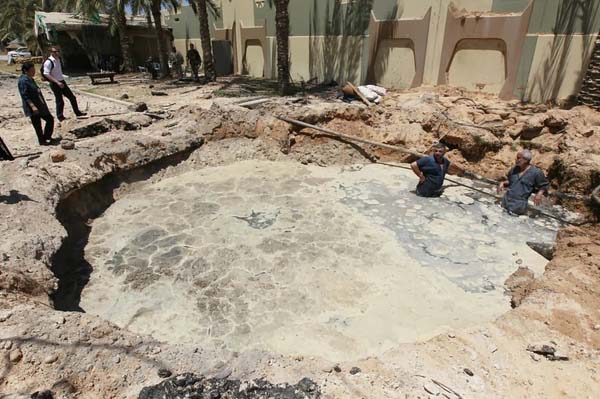 This growing sinkhole in China has destroyed 20 houses so far and shows no signs of stopping. 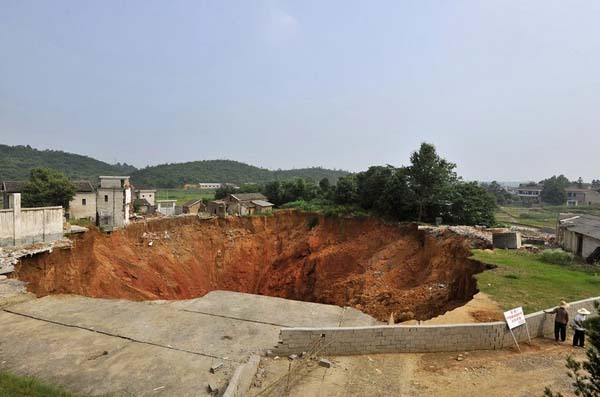 The scariest part? Seeing how deep some of these holes go. 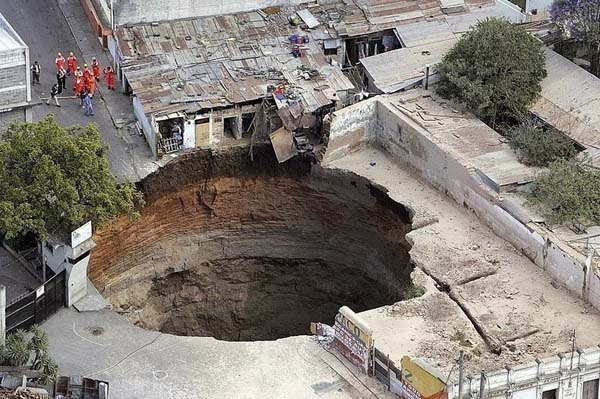 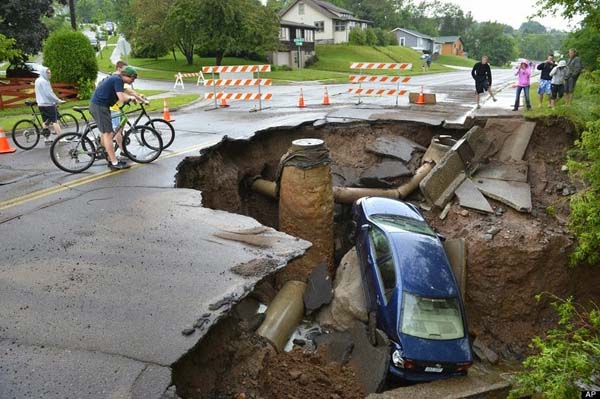 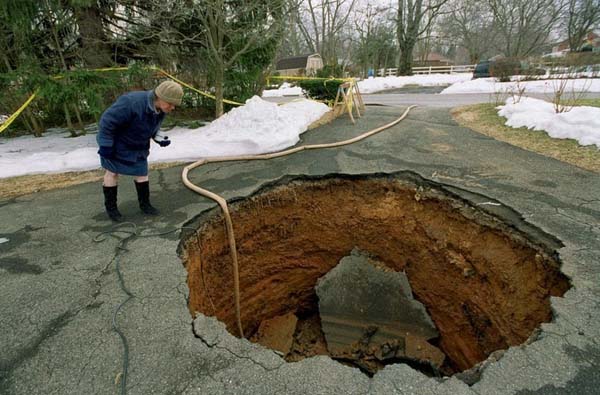 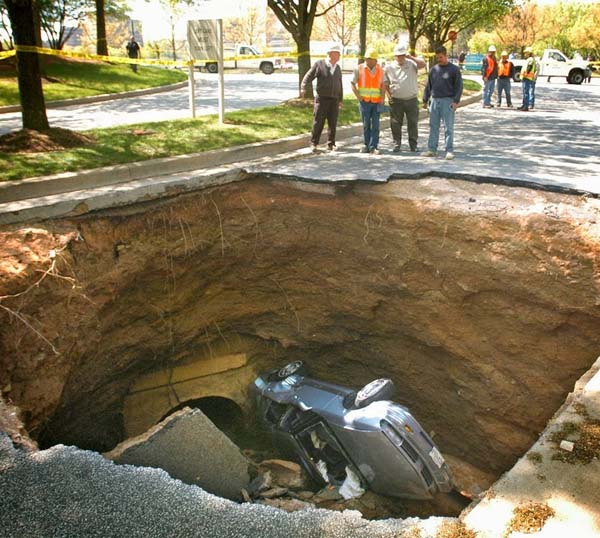 The Summer Bay Resort on U.S. Highway 192 in Clermont, Florida, experienced tragedy when several of its buildings fell into a sinkhole in 2013. Guests had only 10 to 15 minutes to escape the collapsing buildings. 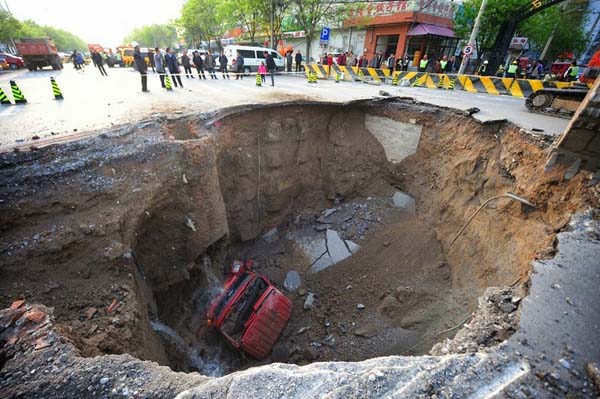 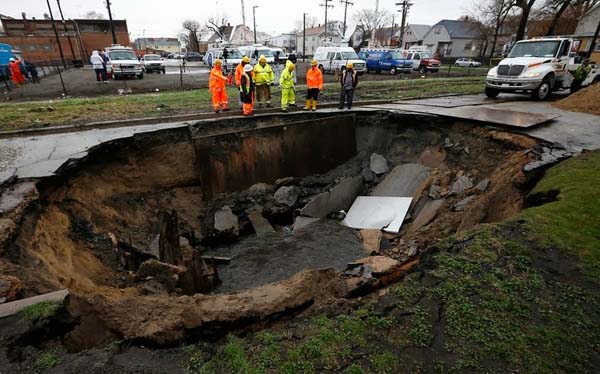 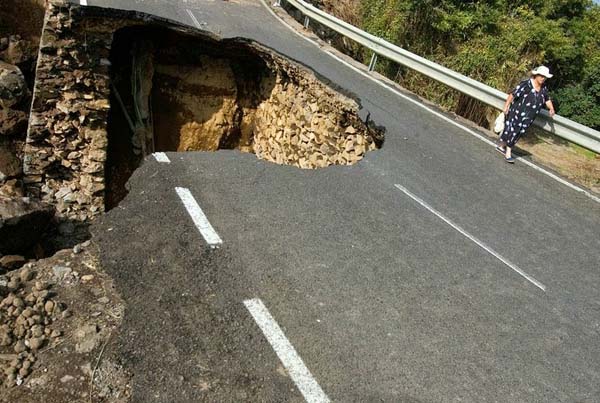 The most terrifying thing about these sinkholes is that they seem quite difficult to predict, once they begin forming you can’t really stop them… and they can happen anywhere. Via Amusing Planet Share this. It might not help you avoid sinkholes, but it’ll help others realize just how frequently they’re occurring.

Previous Post: No, Head Transplants Are Definitely Not Going To Happen
Next Post: I Had No Idea Any Of This Would Work. I Feel Stupid, But Life’s About To Get Much Easier.