The world as we know it ending in a ball of flames thanks to a rogue asteroid is a fear that pretty much anyone who’s seen Armageddonhas. But just because Hollywood can make it into a movie doesn’t actually mean that it’s a viable threat, right?

Well, not exactly. NASA recently reported that an asteroid is going to come within a spitting distance of Earth, but based on new information, it could come even closer than that.

Earlier this year, NASA researchers spotted an asteroid that’s roughly the size of a large yacht zipping toward Earth. In fact, this asteroid (which is 100 feet in diameter) is slightly larger than the one that exploded over Chelyabinsk, Russia, in 2013. 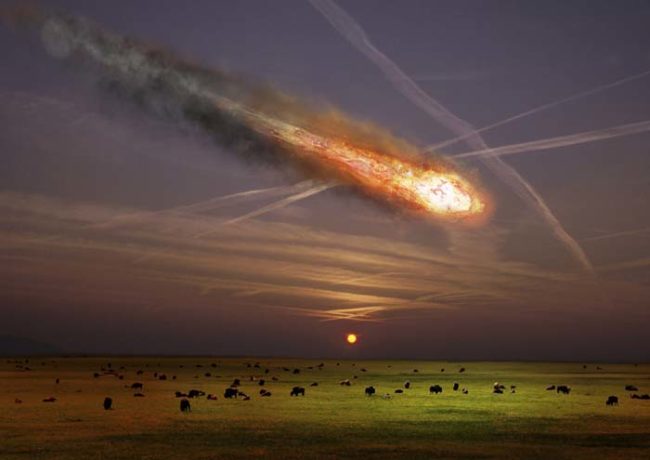 Despite the advanced warning of the asteroid, scientists are having a difficult time determining the object’s exact trajectory.

According to The New York Times, it will either pass within 22,300 miles of Earth or stay out beyond the moon. Let’s hope for the latter.

At this point, a change in the asteroid’s trajectory significant enough to cause it to hit Earth seems unlikely, but it’s still a possibility.

“It’s possible, but unlikely,” said Cornell University doctoral candidate Sean Marshall.”Still, you wouldn’t want to be there if it hit. It could still wipe out a city.”

(via The New York Times)

We can only hope that this thing leaves us alone. If it does fly our way, maybe we can ask Bruce Willis to bring his Armageddon role to life.