This post from Reddit has gone viral and was trending in D.C. last night claiming that Sen. John McCain was playing some sort of 4-D chess with everyone and that his “yes” vote to proceed to debate coupled with his “no” vote on the bill killed any chance that reconciliation could be used in the future to pass a different health-care bill:

Amazing. Also clear now that McCain's yes on motion to proceed is what killed the bill. https://t.co/4CRz8VABeE pic.twitter.com/jzqVqmiZmJ

This, however, is wrong:

This is not even close to being accurate. It's laughably wrong. https://t.co/LA59LeprEM

Mammas don't let your babies grow up to get Senate parliamentary procedure advice from Reddit.

Fake news! The vote last night was a procedural vote, not a vote on the actual bill. https://t.co/Gq8cJ97oVU 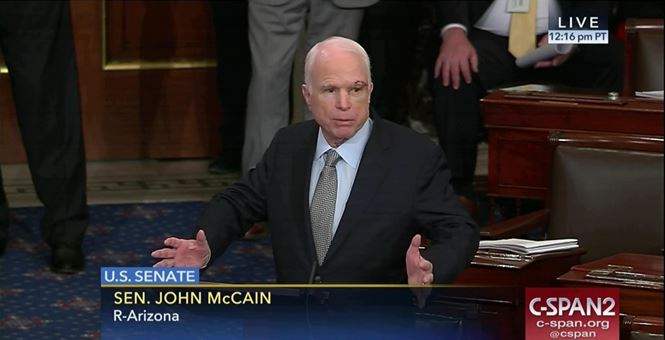