Can You Tell Where This Guy Is? Because He Just Shattered The Record For Craziest Selfie Ever.

Admit it. You’ve taken your fair share of selfies, right? You know, the little pictures of yourself that you send to others. Maybe you’re gloating about the crystal clear water as you sail around Greece, or perhaps you’re trying to drive your office rival jealous as you vacation in Hawaii. Well, no matter where you’ve done it, I promise you’ve never taken one as amazing as this. Check it out and tell me I’m wrong!

Meet Lee Thompson, a travel company boss who has captured what could be the ultimate selfie after photographing himself at the top of Brazil’s iconic Christ The Redeemer statue.

It took the 31-year-old almost half an hour to reach the summit of 124ft-high statue, climbing narrow steps where a single misplaced move would have resulted in serious injury, or worse. 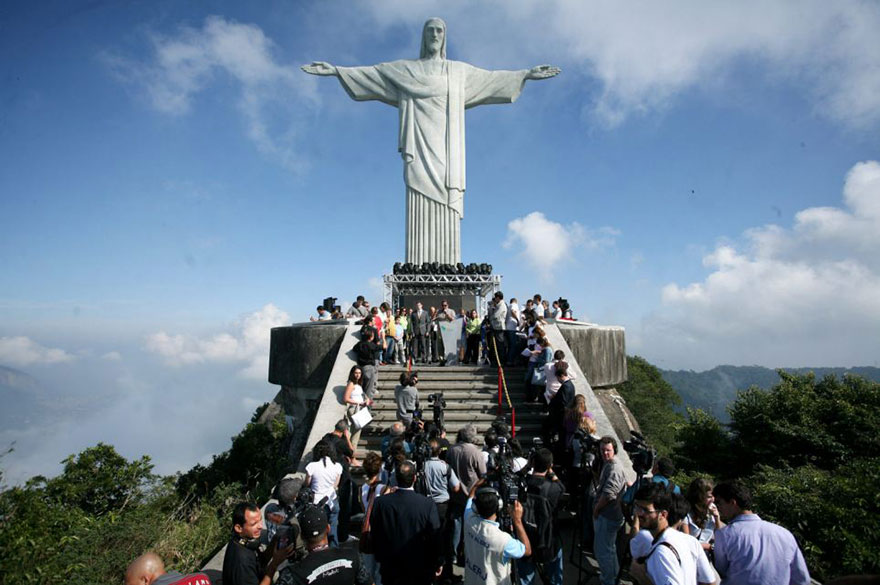 Very few people are allowed to venture to the top, but Lee was allowed due to his status as a CEO of a travel company. 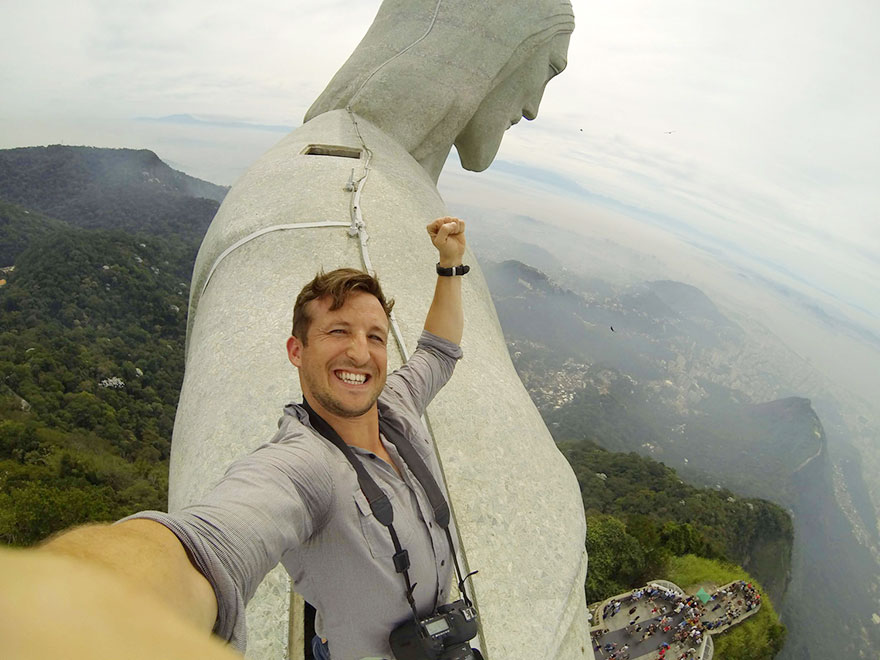 But in spite of the risks, it was certainly well worth the trip for this Londoner.

I have to admit, I don’t know if I could go up there and do that. No matter the amazing shots. But being on top of the world, literally seeing the curvature of the Earth while gazing down upon Rio from atop that marvelous statute, may just be might be worth it 🙂 Source: The Flash Pack via BoredPanda

Previous Post: ‘Hateful’ Chick-fil-As across nation provide water for protesters
Next Post: Angry Drivers Aren’t The Only Thing To Watch For