Brian Ford is a brave little boy, fighting a fight none of us should ever have to face.

In November of 2014, the now six-year-old little guy was diagnosed with a very rare form of Leukemia called Acute Undifferentiated Leukemia, which has AML characteristics.

Brian is nothing but a fighter and after several chemotherapy treatments, the cancer went into remission. But sadly, in December of 2015, doctors confirmed that the cancer had returned. Recently, doctors told this brave hero’s parents he only had weeks left to live. With such little time left, an incredible community of people in Ohio got together to make Brian an honorary firefighter for a day.

It was a magical moment that put a huge smile on Brian’s face. This family will treasure it forever.

More than 200 people came to the ceremony as the six-year-old became the first honorary firefighter of the Fredericktown Community Fire District.

Behind the mask protecting his face was a big smile, despite the pain he felt inside. 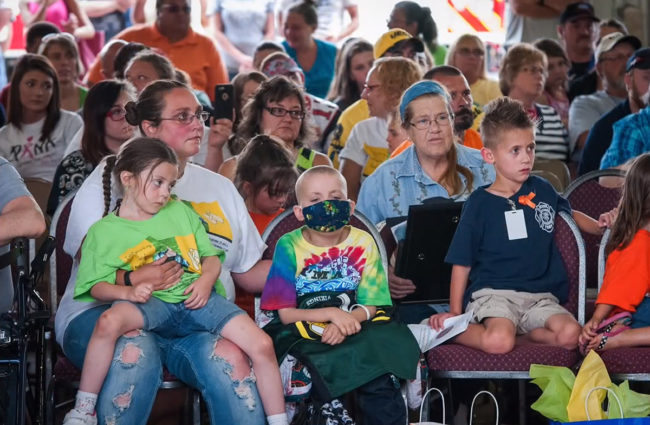 After the National Anthem and a few heartwarming speeches, Brian was presented with a full firefighter’s uniform, as well as other gifts from the mayor, state representatives, and various local sports teams. 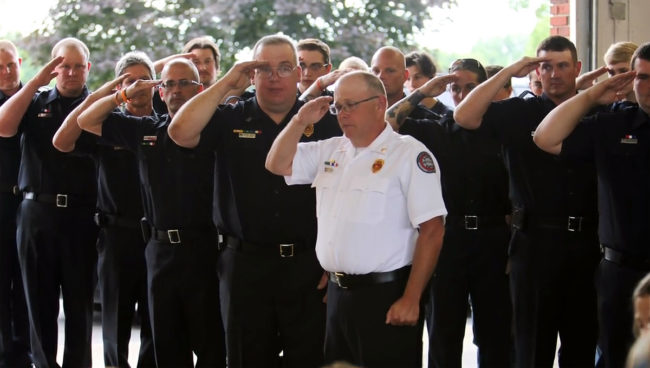 Brian got his firefighter’s badge just in time, because moments after the ceremony ended, he was called into action to put out a nearby fire.

The department set up a 15-foot structure designed to look like a small house. 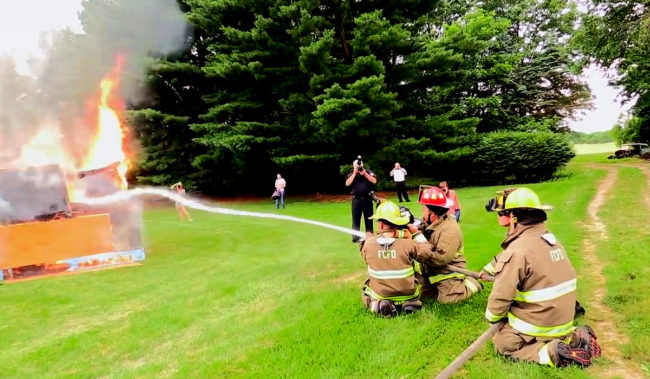 They then set it on fire so the brave honorary firefighter could get a turn at holding the nozzle. He saved the day!

Even though Brian was in pain and wearing a mask to protect the sores on his face from being exposed to bacteria, firefighter Jason Bostic told reporters that the little guy turned to him and said, “Can you see it? Can you see me smiling?”

Watch the whole inspiring day unfold in the video below!

Brian Ford’s strength and resilience in his fight against leukemia has proven that he is the bravest one in the bunch. He and his family will hold these memories close forever.

Previous Post: The Style Doesn’t Matter…
Next Post: President Obama to women: ‘Get in the kitchen and make me a sammich,’ Ashley Judd obeys; Update: Obama doubles down on subjugation