President Obama’s chief of staff, Denis McDonough, said on NBC’s “Meet the Press” that the president remains highly confident of Chicago Mayor Rahm Emanuel, despite protests and calls for Emanuel’s resignation over the alleged cover-up of the shooting death of Laquan McDonald.

McDonough said of a recent visit to Chicago: “The city looks great, the opportunities there are boundless. And so, I think what the President sees is a city and a people of Chicago and a mayor of Chicago that continue to do very good work.”

Now would Obama react differentlyif a member of the GOP who isn’t besties with him were involved in a scandal? You better believe it. The evidence is in that same interview when McDonough was asked about a situation in Michigan under Gov. Rick Snyder.

McDonough also commented on the water crisis impacting Flint, Michigan, where children have been poisoned by lead from drinking tap water. Gov. Rick Snyder, a Republican who has faced criticism for not responding to the disaster quickly enough, declared a state of emergency within the past week over the elevated levels of lead.

On whether the federal government would intervene, McDonough said the White House is “obviously very concerned about it … we’re watching it very closely, but nobody has asked us anything yet.”

So they’re “very concerned” about thesituation in Michigan under Snyder, but Rahm’s doing “very good work.”

Remember that time Al Sharpton called on Emanuel to resign? 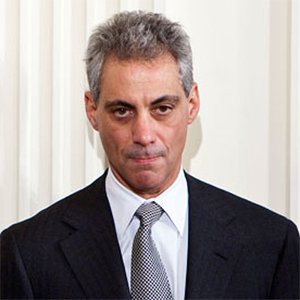