Why? This looks better than the original already.

No, Kyle MacLachlan is confirmed to be returningas Agent Dale Cooper; we think Ted Cruz is replacingMichael Ontkean as Sheriff Harry S. Truman.

Can anyone prove that creepy Santa isn’t Joe Biden with a shotgun under his red coat? And one other thing: 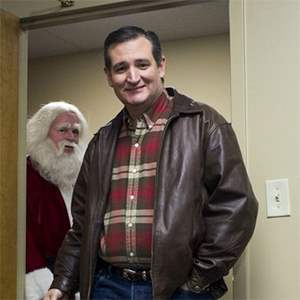 Previous Post: I Realize No One Has Any Idea
Next Post: ‘Ready for death’: Journalist live-tweets deadly Taliban hotel siege