Dolphin dies thanks to selfie mob at Argentinian beach resort

Multiple news outlets are reporting that a Franciscana dolphin — a rare dolphin that can swim in both fresh and salt water— died hours after tourists at a beach resort inSanta Teresita, Argentina took the mammal out of the ocean to take selfies with it:

According to Sky News, the dolphin died while being passed around by the mob, which then left it on the sand: 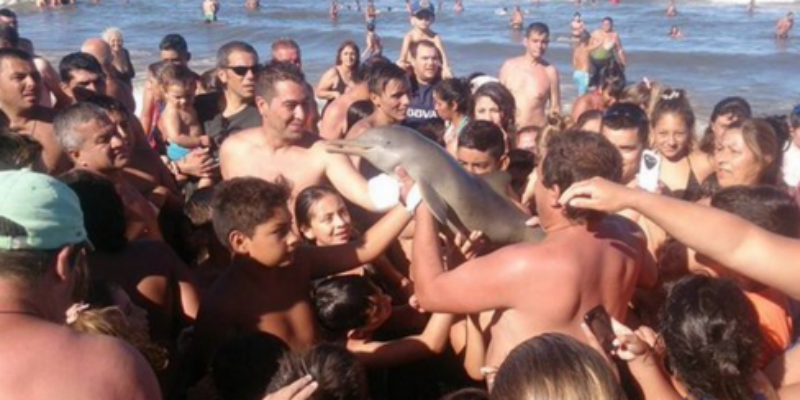