Chris Christie is in full on damage-control mode after getting called out at the debate last night in S.C. and by fact-checkers today over his past support for Sonia Sotomayor for the Supreme Court, an alleged donation to Planned Parenthood and his record on guns while governor of N.J.

First up, Sotomayor, who Christie supported for SCOTUS in a press release from his office in 2009.

Christie has firmly denied he ever backed President Obamas nomination of Sotomayor to the Supreme Court. I didnt voice support for Sonia Sotomayor, he told CBS Face the Nation last weekend. He repeated that during Thursday nights debate on Fox Business Network. Lets set the facts straight. First of all, I never supported Sonia Sotomayor.

On Friday morning, he was again saying he never backed Sotomayor. What I said about Sonia Sotomayor was that she deserved an up or down vote, but that she was not the type of Justice I would select if I were President. Thats hardly supporting someone, thats just saying someone should get an up or down note, he told MSNBCs Morning Joe.

And Marco Rubio has been hitting Christie all day long, using his own words against him:

Christie is also getting challenged on a 1994 Newark Star-Ledger article that reported he made a personal donation to Planned Parenthood. He now says he was misquoted in the article.

The reporter who allegedly misquoted Christie back in 1994, however, is now Christie’s spokesman:

And Chris Christie’s past support for gun control is coming back to haunt him, too:

With Christie once “bragging” that he got into politics in the first place because of Republicans attempting to repeal the assault weapons ban:

And he noted that even though there’s a disagreement over the 1994 article, Planned Parenthood is no fan:

He also pointed out that the NRA said nice things about him in the past, too:

Nice try governor, but no: 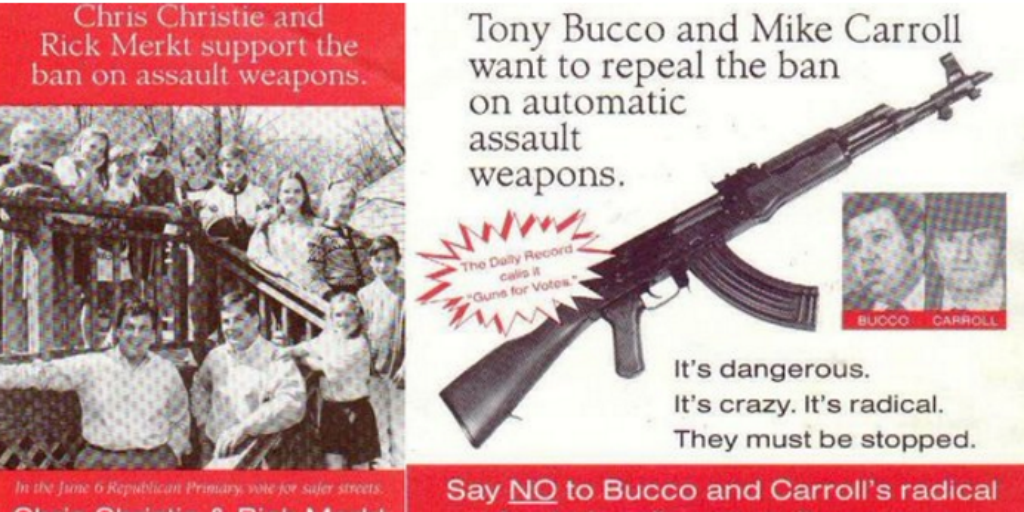 Previous Post: This Is Carter. He Knocked On My Door To Ask..
Next Post: Ok Let's See Here…