Goats abandon US mission (or are eaten) at cost of millions

You might recall a reportfrom last September regarding thefirst batch of rebel soldiers to graduate from a U.S.-led training program in Turkey. President Obama’s ISIS strategy long included the condition that he would not put American boots on the ground in Syria, so instead, the United States reportedly trained 9 rebels at a cost of $500 million to set their boots on the ground.

The Telegraph then reported that the first group of soldiers to enter Syriaimmediately surrendered itsweapons to al-Qaeda forces. That plan was very quickly put on pause while a new one was worked out.

Why bring this up now? It just reminds us of another U.S. Pentagon initiative to introduce rare Italian goats into Afghanistan as a means of boosting the local cashmere industry, reportsthe U.K. Independent. Much like our trained rebel forces, the goats have since gone missing.

The cost of the program? Six million dollars. 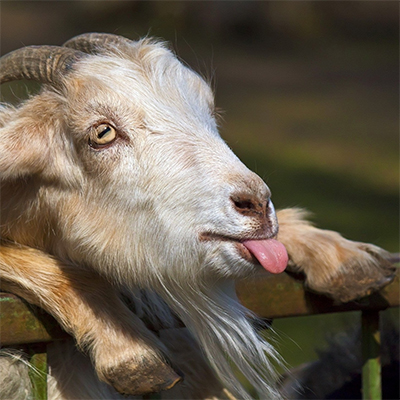