Here Are The 25 Most Ridiculous And Ironic Ways People Have Died. Seriously, #20… FOR REAL?

Forget heart disease, which is the leading cause of death in the United States, claiming about 600,000 lives a year. We just found some absolutely bizarre ways you could die. We’re not saying you’re in any immediate danger of being killed by any of these situations, but it has happened before… The worst part about these ways you may kick the bucket? You’ll never, ever see any of these coming. They’re that strange.

2.) Getting hit by a flying lawnmower during a football halftime show (John Bowen in 1979).

3.) Falling out of a window you threw yourself against to prove the glass was unbreakable (Gary Goy in 1993).

5.) Accidentally launching a missile at yourself (HMS Trinidad).

6.) Reading your own obituary and dying from shock (Marcus Garvey in 1940).

7.) Being bitten by a domesticated monkey (Alexander I of Greece in 1920).

8.) Shooting yourself while showing a jury how a victim could have shot himself (Clement Vallandigham in 1871).

9.) Getting shot by a cannonball that was fired in honor of your not dying in battle (John Kendrick in 1794).

10.) Eating too much at a feast held in your honor (Julien Offray de La Mettrie).

11.) Getting an infection because you were scratched by the teeth of your enemy’s decapitated head while riding your horse (Sigurd the Mighty of Orkney in 892). 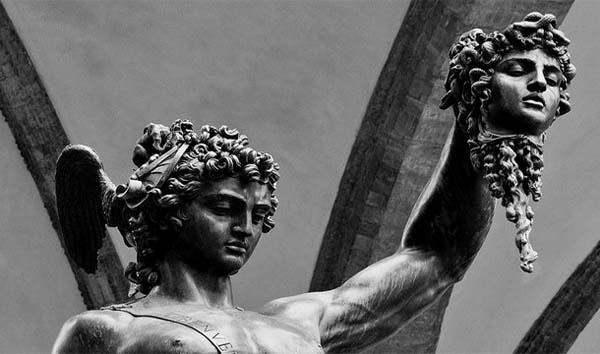 13.) Starving in your own house that you were stuck in because you were a hoarder (Homer Collyer in 1947).

14.) Being the first human killed by a robot, because a factory robot’s arm fell and hit you on the head (Robert Williams in 1979).

16.) Being smothered to death by gifts given to you by fans (Draco the Athenian lawmaker in 620 BC).

17.) Ingesting pills of mercury, hoping it’d grant you eternal life (Qin Shi Huang, the first Emperor of China, in 210 BC).

18.) Breaking your neck by tripping over your beard (Hans Steininger in 1567).

19.) Being stabbed by a knife attached to your own cockfighting chicken during a match (Jose Luis Ochoa in 2011).

20.) Eating too many cockroaches during a cockroach eating contest (Edward Archbold in 2012).

23.) Trying to launch yourself into the sky by sitting on a chair with rockets attached (Wang Hu, a sixteeth century Chinese official).

24.) Using a coat as a parachute while jumping off of the Eiffel Tower (Franz Reichelt in 1911).

Each of these bizarre occurrences were real reasons why people died. They had no idea this would happen (and most of them are pretty ironic). Don’t think you’re safe just because you don’t smoke, drink or play with fire. A loaf of bread could be your undoing. (H/T List25) Share this awesomely strange list with others by clicking on the button below.