If BuzzFeed is correct, it appears CNN’s Andrew Kaczynski outed the wrong guy

And for all that, it seems like someone actually re-staged the original meme for presidential tweeting https://t.co/ktH9W2R8V0

According to an analysis by BuzzFeed, the CNN–WWE GIF that President Donald Trump tweeted last week was not the same as the one created by HanAssholeSolo, which means CNN’s Andrew Kaczynski outed the wrong guy:

How A Random GIF From Reddit Probably Ended Up On President Trump's Phone https://t.co/9UR0DVcXZi via @BuzzFeedNews pic.twitter.com/sjXX5aPYwk 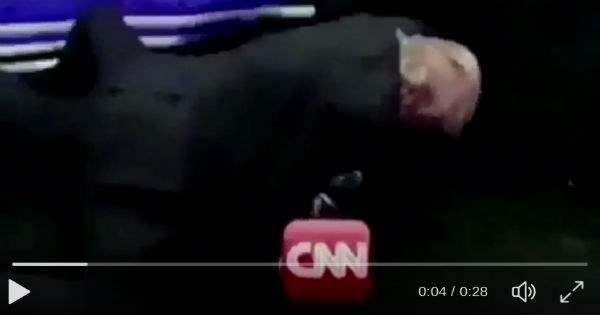 Previous Post: After I Finish A Final Exam In College…
Next Post: What if a Vox senior reporter told you restrictions on immigration are always racist?