Before we get into the background here, I want you to take a look at this horrific video. Todd Orr did the unthinkable when he posted to Facebook after a brutal grizzly bear attack. Warning: The footage is graphic.

Orr was incredibly composed and brave in the face of danger, attacked not once but twice by a grizzly bear defending her two cubs.

Many people think all bears are protective of their babies, but species like black bears are more likely to abandon cubs if someone is bothering them. Grizzlies, on the other hand, reproduce at a slower pace, which makes them highly aggressive around perceived threats.

According to Bear.org, 70 percent of human deaths caused by grizzly bears are related to a mother grizzly bear protecting her cubs. Orr was out in the wilderness of Montana scouting elk hunting locations when he came upon the bear family.

Orr also catalogued his injuries on Facebook once he reached safety. 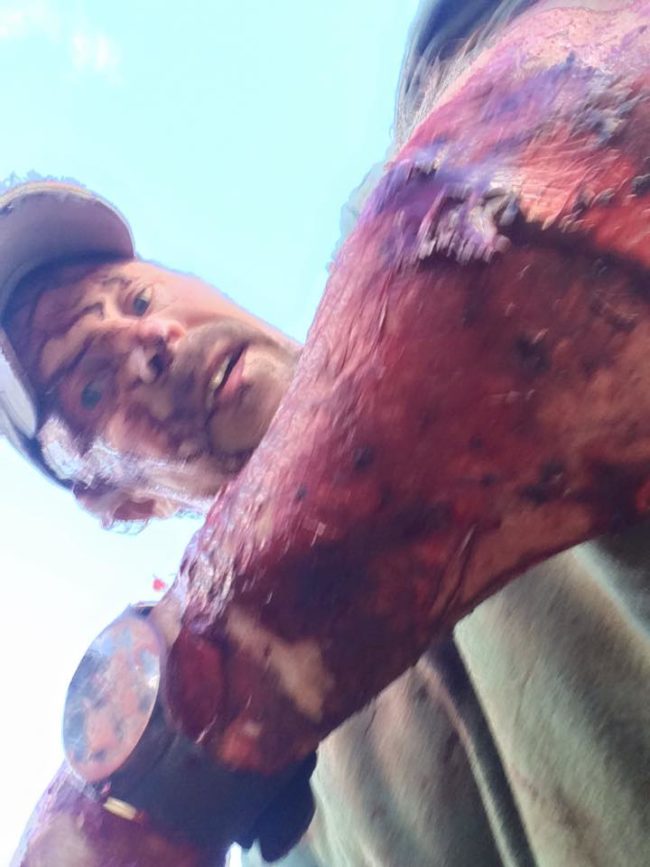 They included blows to his arm and an unbelievably deep head wound.

During the attack, he used bear spray, a potent form of pepper spray intended to ward off the enormous mammals.

While the bear spray didn’t immediately stop the mauling, Orr notes in his video that having the spray was better than being unprepared in the wilderness. Ultimately, it may have saved his life.

Wishing you a full recovery, Todd. If I wasn’t scared of the wilderness already, this might convince me to vacation to the great indoors.

Previous Post: 17 Ways To Keep Your Bathroom From Being A Den Of Disease
Next Post: ‘Quite the Freudian slip’! Dem Senate hopeful might be in trouble [video]