Mike Murphy says Rubio is too pro-life to win

Of all the charges against Marco Rubio, is saying that he’s too pro-life in the middle of the GOP primary process really the best angle?

Mike Murphy — head of the Jeb Bush Super PAC “Right to Rise” — seems to think so:

Although former Obama hack Dan Pfeiffer agrees with Murphy, if that helps:

Although Rubio opposes these exceptions in principle, he has made it clear he’s willing to accept them in practice. And the only pro-life legislation that has a plausible chance of landing on a President Rubio’s desk–popular bills banning taxpayer-funded and late-term abortion–include those exceptions.

Expressing opposition to an exception for abortion in these circumstances has not, by itself, proven to be toxic for many political candidates. Rubio himself won the swing state of Florida while holding this position in 2010. Paul Ryan, who takes the same position as Rubio, won his swing congressional district repeatedly. Scott Walker was hammered explicitly on the issue of abortion exceptions in 2010, 2012, and 2014 and he scored solid victories each time in a Democratic-leaning state. 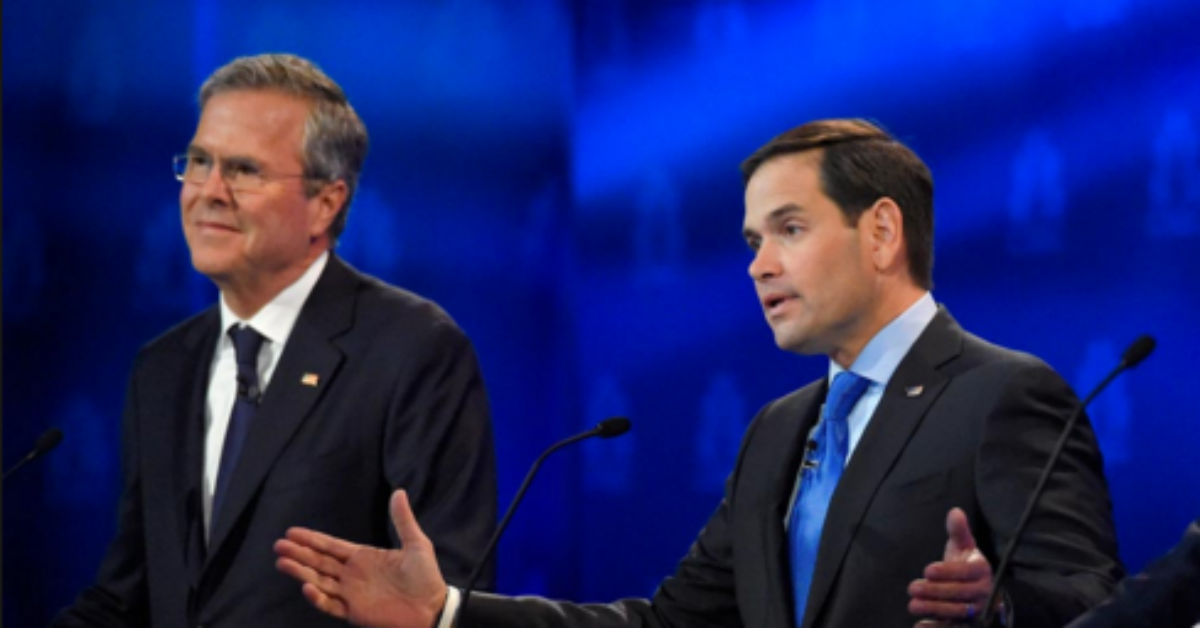