Jeb Bush unveiled a new slogan during a stop this afternoon in Portsmouth, NH. Everyone, “Jeb Can Fix It”:

Which sounds an awful lot like the theme song from the kid’s television show “Bob the Builder”:

All that’s missing is “Scoop, Muck and Dizzy” to join the crew… 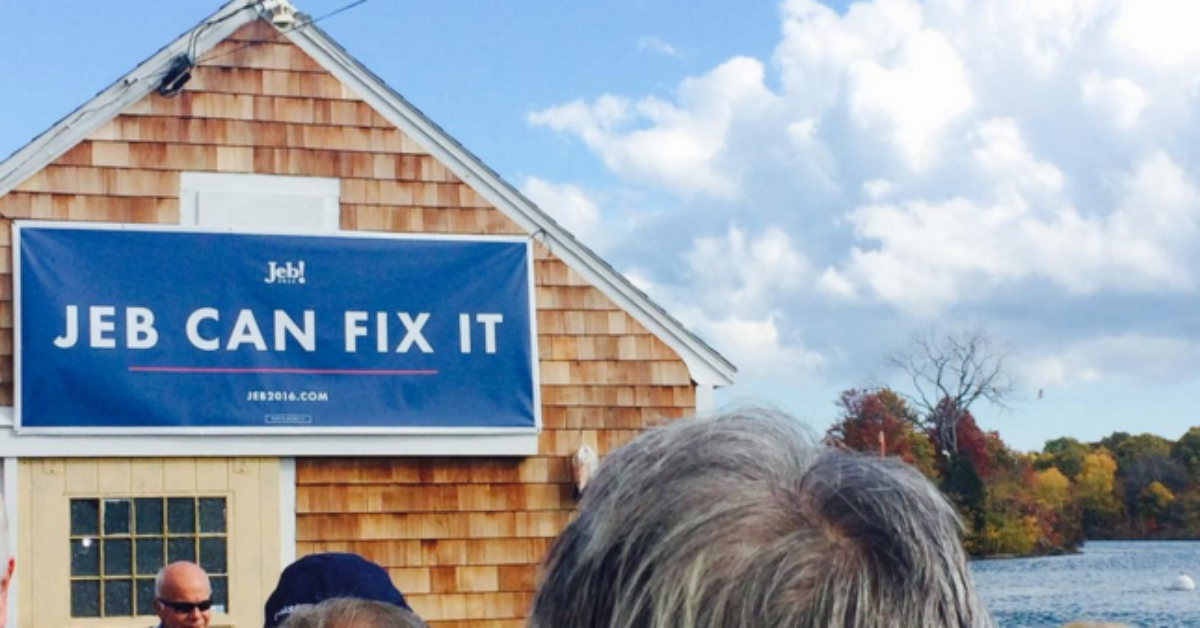 Previous Post: This May Be The Youngest Ever Same-Sex Kiss On US TV
Next Post: ‘Keep him away from your wallet’: Unlike Sanders’ college plan, ‘Lil Bernie’ dolls aren’t free