No One Was Supposed To Take These Photos. Fortunately, One Brave Guy Took Them Anyway.

Most people know that North Korea is a frightening and strange country, but these photos from photographer Eric Lafforgue show an even darker side to the country that most people don’t know about. Eric has bravely explored North Korea six times, sneaking back photographic evidence of his trip. He was able to get these photos out of the country by smuggling digital memory cards past the borders of the Communist country. It was dangerous, but we think well worth it. These are incredibly eye-opening.

“I was banned after my last trip in September 2012 when I published some photos on the web. The North Koreans saw them and asked me to delete them as they judged them too offensive. I refused as I thought it was unfair not to show the reality of the country.”

The photos are honest, but show a side to the country that is legitimately frightening.

The repression and struggle in these photos are totally real.

Life is brutal in many parts of North Korea.

But even if life is hard…

These villagers love their dear leader.

Even if they exist in many places around the world.

“On the day of the Kimjongilia festival, thousands of North Koreans must queue up to visit various monuments.”

But these photos will help thousands realize what life is really like there.

Many people aren’t accustomed to modern technology, like cell phones, flash cameras or even vehicles.

Times are hard for many families living in North Korea.

Travel in between towns is almost nonexistent. Citizens require permits to do so.

Both showing poverty and wealth is forbidden. 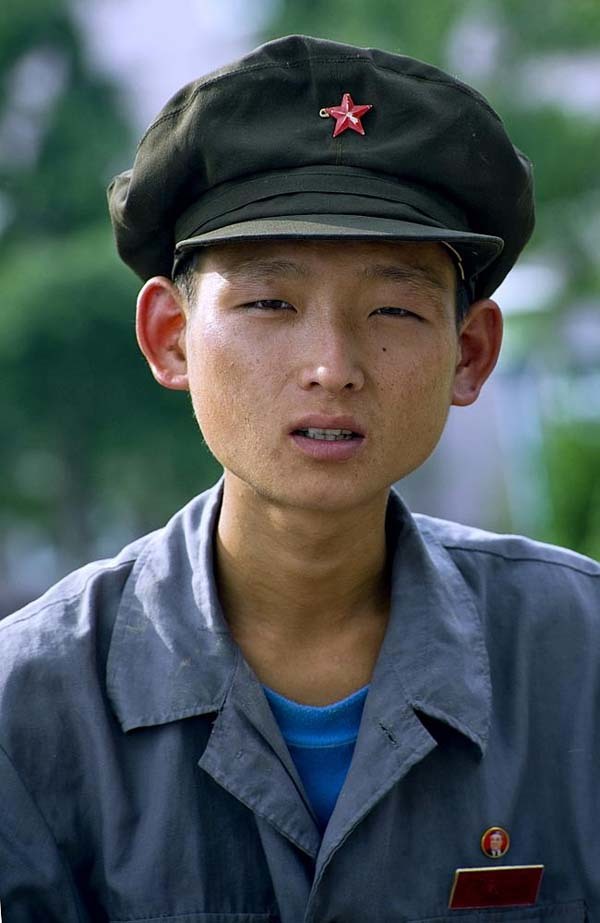 Only the elite shop in normal supermarkets.

“When visiting the delphinium in Pyongyang, you can photograph the animals, but not the soldiers who make up 99 per cent of the crowd.” 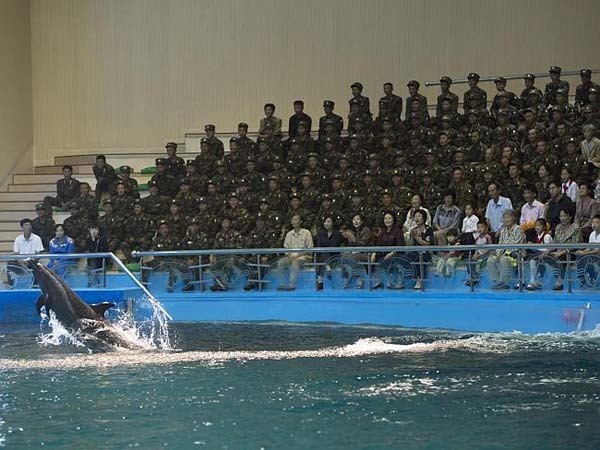 The photographer was asked to delete this picture by guards, who feared that he would report this mother and child resting as being homeless. 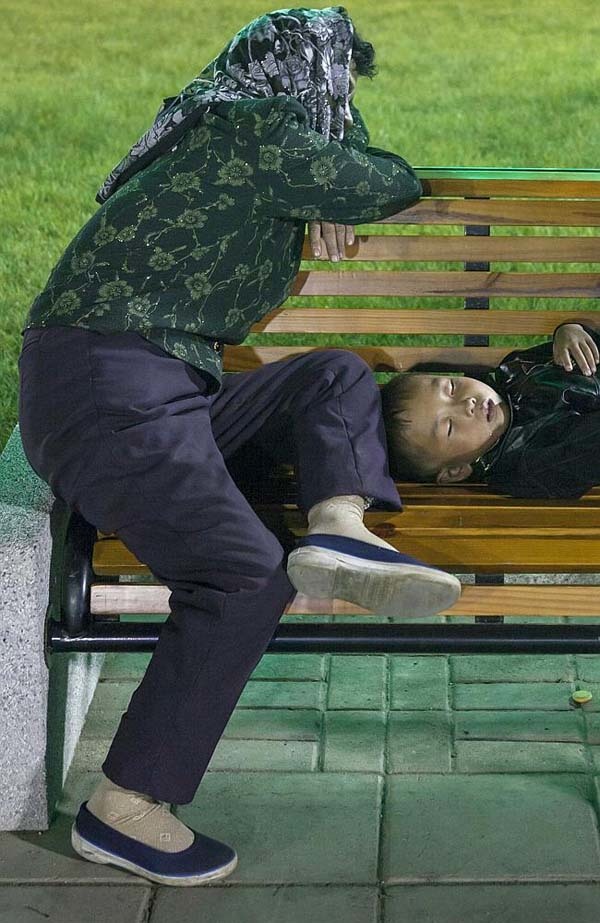 This would be considered a terrible offense: a broom leaning against a statue of Kim Il Sung.

This kind of picture is very common, but guides get furious if you take it.

Guides love it when you take pictures of families owning computers… but not when it’s obvious that no one has electricity. 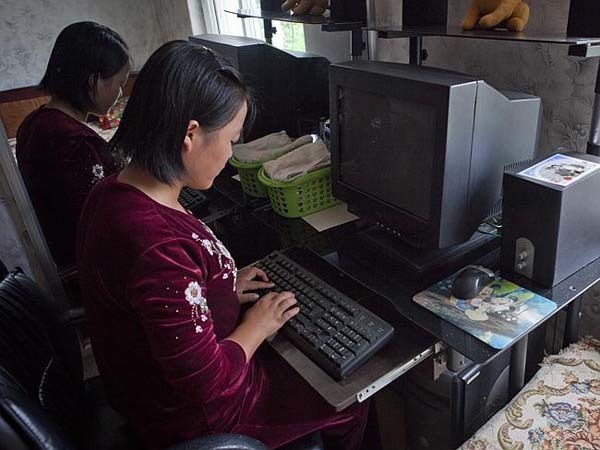 Taking pictures of Kim statues from the back is also considered very rude.

This is the line to take the BUS.

And very often those buses break down and this happens.

“In the art centre of Pyongyang, we experienced a power outage, a daily event the North Koreans hate to show. When it happens, they tell you it’s because of the American embargo.”

(H/T News.Com.Au) The photos that Eric was able to sneak out of the country are stunning; the people of North Korea face so many hardships and fear their own government, but they are also fiercely loyal to their leader. It’s a strange combination of poverty, pride and heavy government influence. Check out Eric’s photography website if you’d like to see more of his photos. It’s incredible that a country like North Korea still exists today. Share these stunning photos by clicking on the button below.