Sally Kohn is angry that “taxpayers” purchased a wheelchair for an adorable two-legged puppy rescued from a shelter in Ohio while Gov. John Kasich has asked for pause while the vetting process of Syrian refugees can be worked out.

The dog’s names is “Tumbles” — micro-agression alert? — and his wheelchair was made using a 3D printer at Ohio University:

Tumbles learned to walk with only two legs — because he’s awesome — but the wheelchair will help him build muscle:

As for the cost to taxpayers, it seems minimal if not zero. More from ABC News:

Joe Jollick, lab director of the Innovation Center, told ABC News he is thrilled with the results.

“Everyone is real enthusiastic,” Jollick said. “Our main goal [was] to get him off the ground. The second thing is to get him used to it.”

Jollick said the 3-D printer was acquired by the university about two years ago. Once he received the design, the wheelchair took 14 hours to print. The lab director said he is happy word is getting out about the 3-D printer.

“This is just letting people know that it can be used for just about anything,” Jollick said.

What a wonderful story and Sally Kohn has to go and ruin it with petty politics. 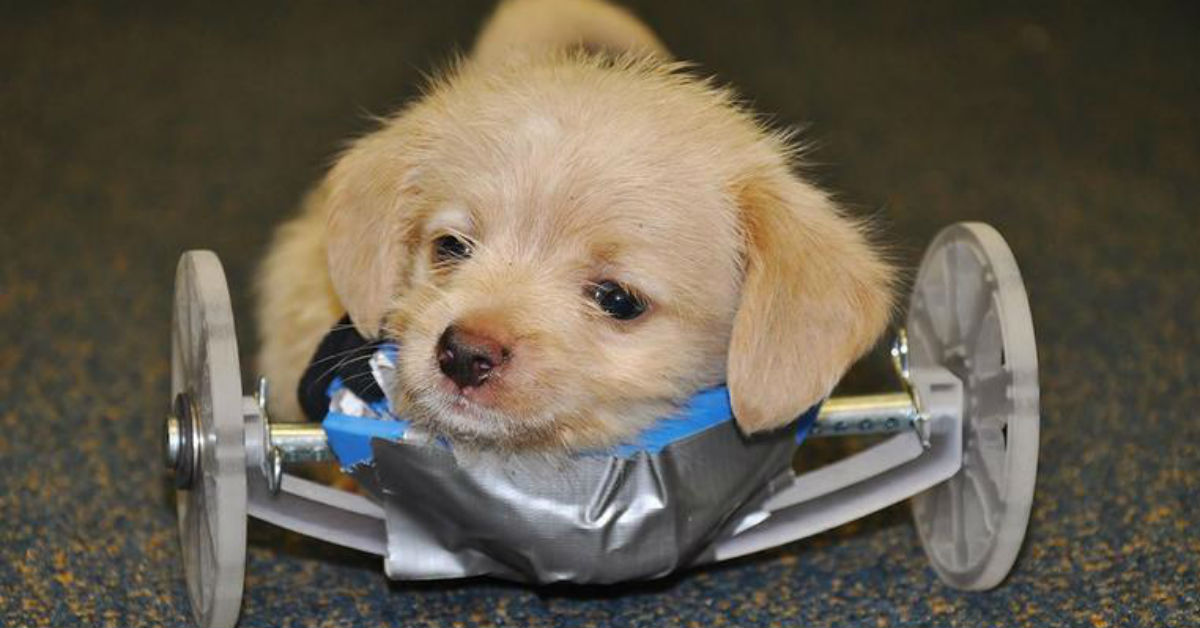 Previous Post: This Is The World’s Deadliest Jellyfish And It Can Do Some Serious Damage
Next Post: This Looks Like A Scene Out Of Looney Tunesâ€¦