High school is a nightmare for most people — especially those who drive to school and have to park.

Back then, it seemed like I was finding a new scratch or scuff mark every single day after classes let out. Courteous driving wasn’t exactly a thing that most of my classmates were familiar with, and at my school, you were lucky if you even found a spot.

But apparently, times have changed, because a new tradition has sprung up for high school seniors that’s making me more than a little envious. Not only do they have their own assigned parking spots, but at the start of the school year, they get to turn them into artistic masterpieces.

1. These beautiful colors are bright enough to get anyone going in the morning.

2. If this guy goes to college, he should definitely get an art degree.

3. Just because you’re in high school doesn’t mean your favorite comic book characters can’t be there with you. 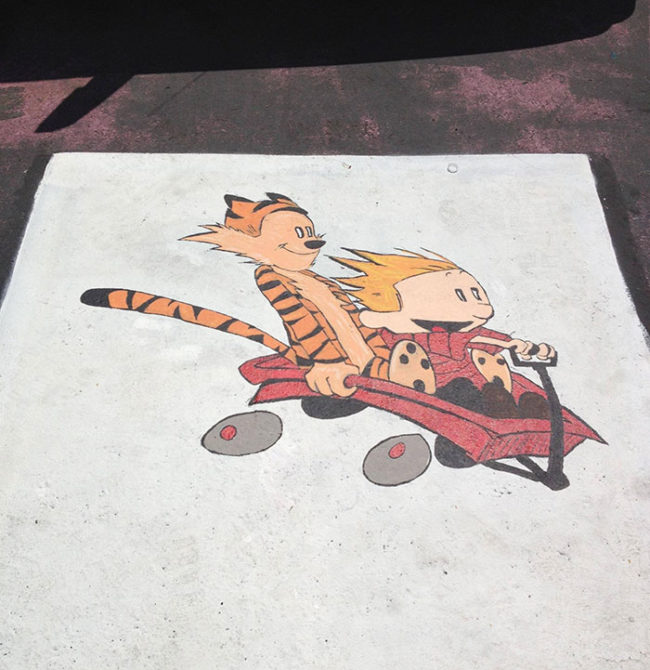 4. I bet it took him three hours just to finish the shading on his upper lip.

7. Of course, one of these was bound to be a dad joke. 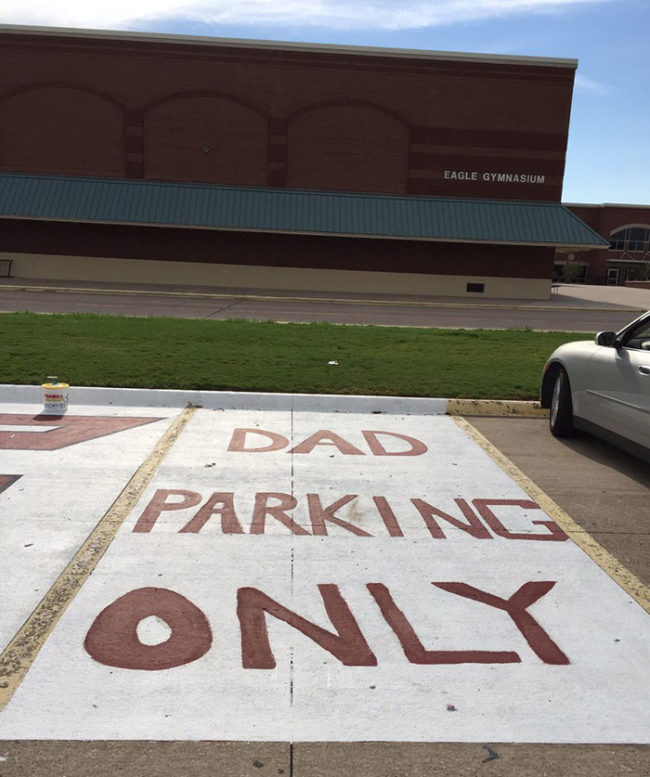 8. Those are some seriously impressive painting skills.

9. This girl’s name is Reece, and she just officially won life. 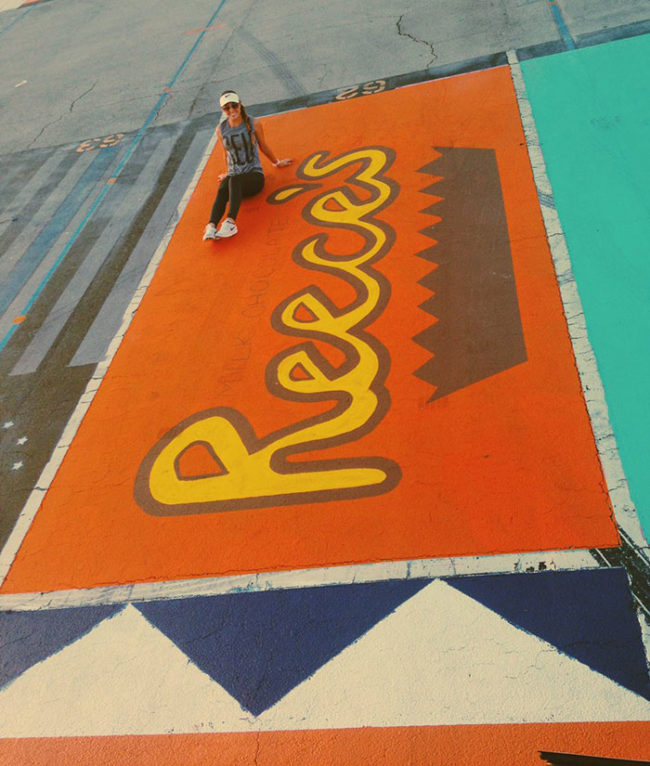 11. Keeping America safe, one parking lot at a time.

15. I don’t remember this much creativity being encouraged when I was in school.

16. When you forget to study for a test. 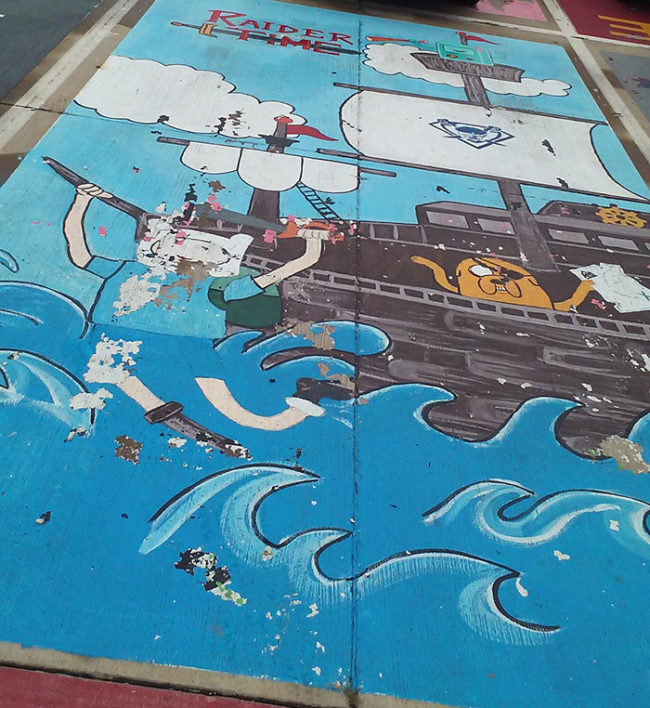 20. As a Harry Potter fanatic, I am so jealous right now. 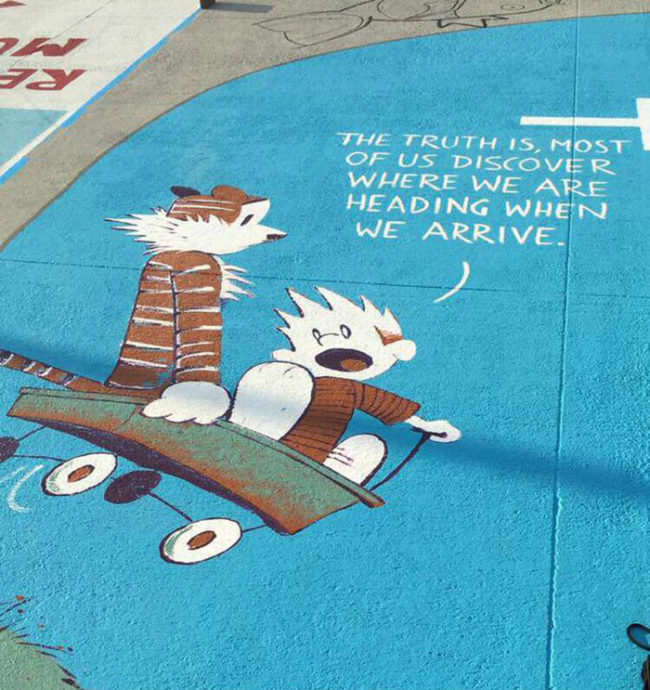 22. This kid has a surprising amount of wisdom.

Though these teenagers are undoubtedly having better high school experiences than most of us did, my answer would still be the same if I were ever asked to go back…even if I could paint my own spot.

Previous Post: Report: NFL’s Adrian Peterson indicted for negligent injury to a child
Next Post: I Opened The Fridge And Blessed The Heavens…