These Products Show Why Google Will One Day Become Our Supreme Overlords.

Here’s one word that most people know, all over the world: Google. Google is probably one of the most powerful companies that currently exists. Luckily, they seem to use most of their data-collecting powers for good (unlike Time Warner or Comcast). Google is so powerful, though, it makes you wonder… What if there was an evil, Hydra-like coup within Google? What if the bad guys controlled Google? As it turns out, that might already be happening. The company has been pushing some seriously advanced, but shady, projects through the works. If they start attaching laser beams to sharks, it’ll be time to worry.

Google built these creepy barges on the San Francisco bay. They say they are possibly going to be used for “interactive learning centers”, but they didn’t say much more.

The Google owned Motorola has invested in a product that will be “coupling an electronic skin tattoo to a mobile communication device” so you can talk more freely to your phone. Oh! It will also detect your lies… so that’s fun in an Orwellian sort of way. 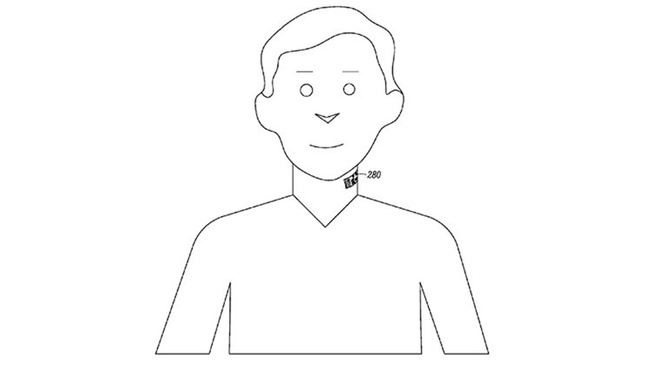 They invested in a “gaze tracking system” that will allow advertisers to know how long someone is looking at their ad. This was actually the LEAST creepy picture we could find of the technology.

Google has bought 114 watts of wind power in Iowa but the thing is—Google doesn’t have any data centers in that area. Dun, dun, duuuuun!

Their recent investment in an “automated generation of suggestions for personalized reactions in a social network” is basically a technology that will look through your old posts and tweets to formulate automated responses to your friends. So it’s essentially a robot-you that will replicate and replace your inefficient human thoughts.

Google recently bought the social gaming company socialDeck. Sounds pretty normal if the company wasn’t from Canada —our most feared adversary! (Not really, but we’re having fun!)

Shweeb is a company Google invested in to create eco-friendly transportation, but based on these pictures it looks like they trap people in pods in order to harness their precious human energy.

You know that thing you do with your hands when you show someone you like something? Yeah Google bought it! They have a patent on that symbol in hopes that they can use it with their Google Glass system.

Google is working on a project they describe as “advertising based on environmental conditions”. Basically if it’s cold outside, your phone will start displaying ads for a parka. I’m just afraid this will prompt Google to build a device that will CONTROL the weather.

Here are the plans for Google’s new walking cane that has a built in camera inside. Will Google start mapping the mountains the way they do the roads? Nowhere is safe!

Google is offering $30 million dollars to whomever can “send a robot to the moon, travel 500 meters and transmit video, images and data back to the Earth” because I guess this planet belongs to Google now and we better start finding a new one.

They may seem nice now, but Google holds a lot of ominous power for a company whose name sounds like a Teletubby’s cousin. Not only does Google know everything about you already, but with these almost-evil investments? They’re basically waving a flag that says “we could totally be an evil superpower one day.”  Creepy, right?

Previous Post: ‘This happens a lot’: Oh, no biggie … the government just lost track of some weapons
Next Post: Protesters take to streets of DC to march against Muslim Brotherhood, Obama [pics]