Now that summer is almost here, you’re probably gearing up for at least one beach adventure. We all know that the ocean (and by extension, the beach) can be a place full of terrifying creatures. One of the most notable is the jellyfish.

Now, jellyfish come in a variety of shapes and sizes and their sting’s potency can vary, too, but bottom line? They’re all pretty horrible. However, if coming across a few is unavoidable, which ones should you be truly concerned about? That would be the Irukandji jellyfish…

The Irukandji is an incredibly small jelly, but it also happens to be the deadliest in the world. You also don’t have to be near them to be stung because they can fire their stingers at prey or what they perceive to be attackers.

If stung by one of these things, you develop something called Irukandji syndrome.

According to Wikipedia, “Irukandji syndrome is produced by a small amount of venom and induces excruciating muscle cramps in the arms and legs, severe pain in the back and kidneys, a burning sensation of the skin and face, headaches, nausea, restlessness, sweating, vomiting, an increase in heart rate and blood pressure, and psychological phenomena such as the feeling of impending doom.” Yeah, that doesn’t sound pleasant.

Oh, and all of that doesn’t even include the sting itself, which is said to be agonizing. According to researchers, the pain of an Irukandji sting is so horrible that morphine barely takes the edge off. 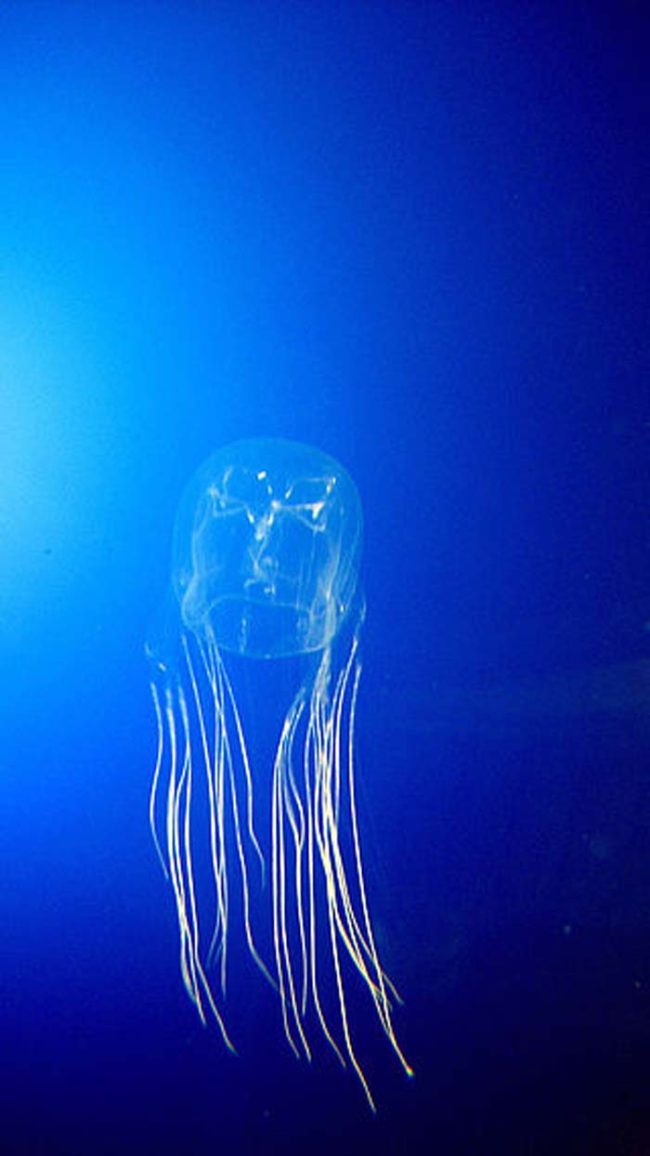 Sadly, these things like to hang out in warm waters near the coast of Australia, which can make for some unpleasant trips to the beach.

If treated promptly and properly, an Irukandji sting is not fatal. However, back in 2002, several people in Australia died from Irukandji syndrome, which prompted a public awareness campaign that’s been quite effective.

As if I needed another reason to avoid the beaches in Australia! The most terrifying thing about the Irukandji jellyfish to me is that you’ll probably never see it coming.

Previous Post: I Hope I Randomly Get Super Hot In The Next Year..
Next Post: Sally Kohn criticizes Ohio for buying a wheelchair for this puppy [photos]