Isola La Gaiola is a beautiful Italian island. It’s remote, the waters are clear… but it is totally abandoned. For something as naturally gorgeous as La Gaiola to be completely empty, there’d have to be something pretty wrong with it. Right?

As it turns out, no one lives here because it’s hiding a dark secret.

The island is thought to be cursed. 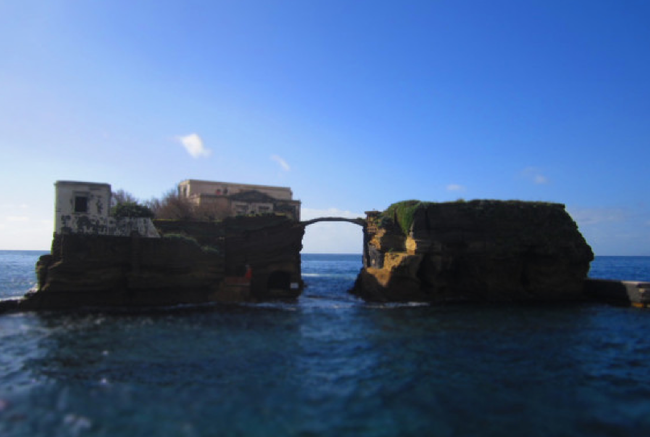 Yes, cursed. Many owners and residents of this island met terrible fates.

It doesn’t LOOK to be cursed… but looks can be deceiving.

If no one would dare live here? Something must be wrong with it.

Things would have to be incredibly spooky for me to turn down having access to this view every morning.

Although it’s beautiful, nothing can hide its dark past.

The reason many believe the island to be cursed is that most of its former inhabitants met early and untimely deaths:

The series of accidents began in the 1920s, when the then owner, Hans Braun, was found murdered. Then, his wife drowned in the sea. The villa’s next owner was a German named Otto Grunback, who died of a heart attack while on the island. Another owner committed suicide. Next, a German steel industrialist, Baron Karl Paul Langheim, ended up in economic ruin.

The island has also belonged to Gianni Agnelli, the head of Fiat, whose only son committed suicide. After his death, Gianni began training his nephew Umberto Agnelli to run Fiat. However, Umberto then died of a rare cancer. Another owner, the multi-billionaire Paul Getty, had his grandson kidnapped after buying the island. The island’s last owner, Gianpasquale Grappone, was thrown in jail when his insurance company failed.

Now? The island is uninhabited… and for good reason.

Isola La Gaiola is just off the coast of Naples, Italy and can easily be reached by boat, if you want to check the place out and see just how bad the whole “being cursed” thing is. You may just want to steer clear, though.

Previous Post: This Is What Self Care Looks Like For Women Learning To Love Their Bodies
Next Post: ‘DISARM the police?’ Piers Morgan describes scenario where ‘nobody dies’ in Ferguson