What Happened At This Wedding Made The World Cry. Get A Tissue, It’s Unforgettable.

Scott Nagy promised his daughter, even though he is dying, that he would give her away at her wedding. He is only 56 years-old. Scott was diagnosed with aggressive urethral cancer last year and has been fighting ever since.

He was confined to a bed while he did it, but he kept his promise to his 24 year-old daughter.

He was confined to a bed while he did it, but he kept his promise to his 24 year-old daughter. 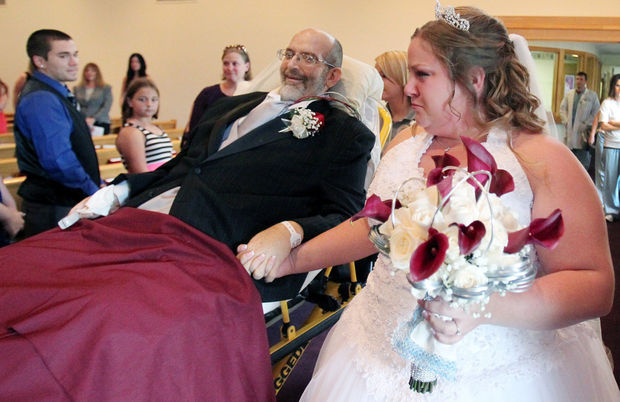 Scott was losing his battle with cancer, but was determined to make it to his daughter’s wedding.

Nurses helped him prepare for the big day. 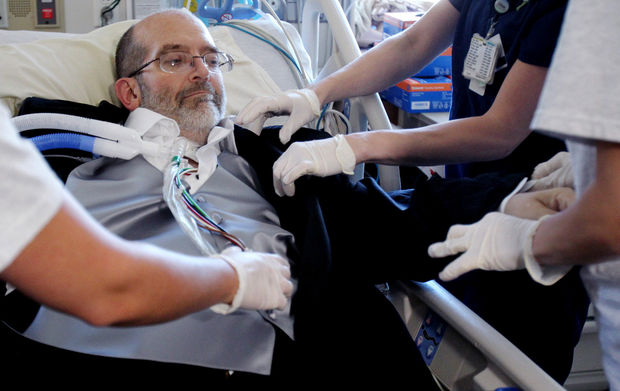 He wouldn’t be able to leave a hospital bed or stretcher, but that was a small price to pay to see Sarah. 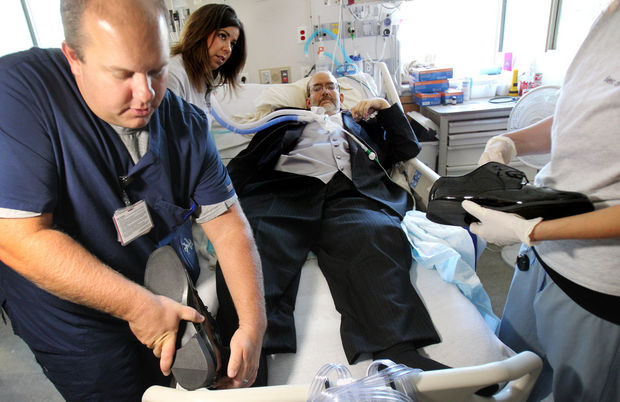 A volunteer medical team helped him get to the First Evangelical Lutheran Church in Strongsville, Ohio. 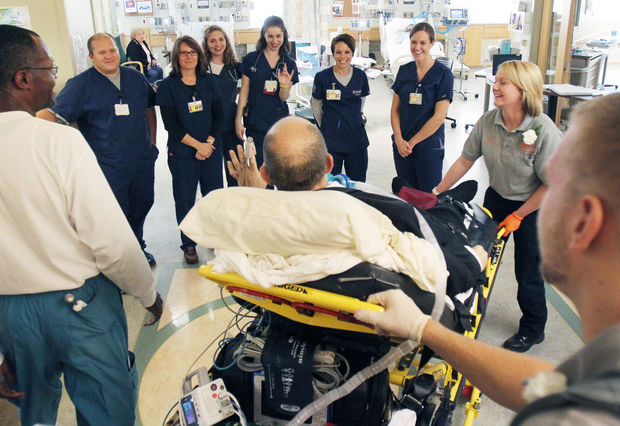 Scott arrived in style – by ambulance.

The wedding was a bittersweet moment for everyone.

“It was a promise I made in March, to walk her down the aisle.”

Scott has only weeks, possibly months, to live.

Doctors didn’t think he would be able to make the wedding.

But, with monitor cords under his tuxedo and a tracheal tube, he made it.

Sarah and Angelo Salvatore felt so blessed to be able to have her dad at the wedding, when all hope seemed lost.

Ever since she was a little girl, Sarah wanted her dad to walk her down the aisle.

Even when there is heartbreak and sadness in life, there will also be joy. Please share this touching story with others.