When This Hero Was Laid To Rest, He Was Truly Honored… And He’s A Dog.

An officer of the law who dies doing his duty deserves our highest respect. Laying down one’s own life to protect others is a truly noble cause, and is something that isn’t celebrated enough. That’s why when truly unfortunate events happen, the ones that take these living angels from our lives, it becomes our responsibility to celebrate them.

No matter their species. 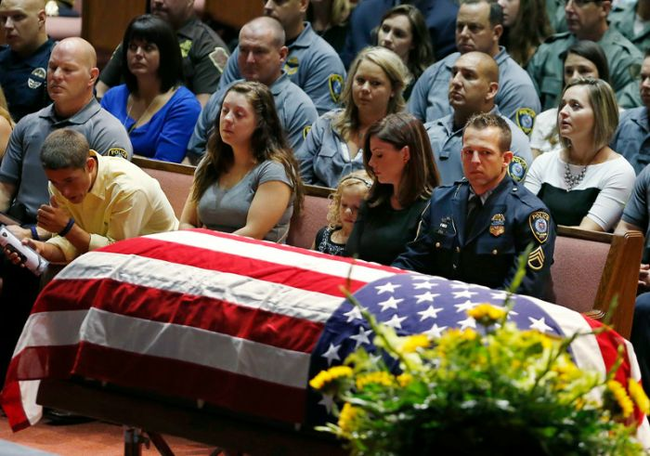 He died in the line of duty, running down a high speed car chase suspect, who crashed and fled on foot, only to be tracked down by Kye and subdued.

Sadly, after being stopped by Kye, the suspect repeatedly stabbed the dog before being shot and killed by Kye’s handler.

To honor this fallen hero, over 1,000 people showed up to his funeral from all over the state, including a number of fellow service dogs.

According to his handler at the funeral, “Without question, Kye’s sacrifice saved the life of one of the officers. We will forever remain in your debt.”

We hope you were moved by Kye’s sacrifice, and that together we can honor his act of heroism. He laid down his life to protect us, and like his handler, we are truly moved to tears by his valor.

Thank you Kye, wherever you are.

Previous Post: I Have A Lot Of Work To Do
Next Post: A Yawn Is A Silent Scream For Coffee…