Yes, This Drawing Is Incredibly Detailed… But When You See It From 20 Feet Away, It’s Mind Blowing.

This is the kind of art that will drop your jaw. Grand Pale Maw is a piece created by artist Sean Sullivan for the Los Angeles Contemporary Exhibitions (LACE) gallery. It took him nearly 7 months to finish drawing, but with a piece like this, it seems he could have spent his entire life adding to it. The detail is absolutely incredible. By only using black ink, Sean was able to create an intricate and delicate world. You’ll understand why it took him months to finish, however, when you realize just how big this is…

He was originally given 3 months to complete this piece.

But as he began drawing, Sean knew he would need more time.

7 months after beginning the incredibly detailed work, he “threw in the towel.” 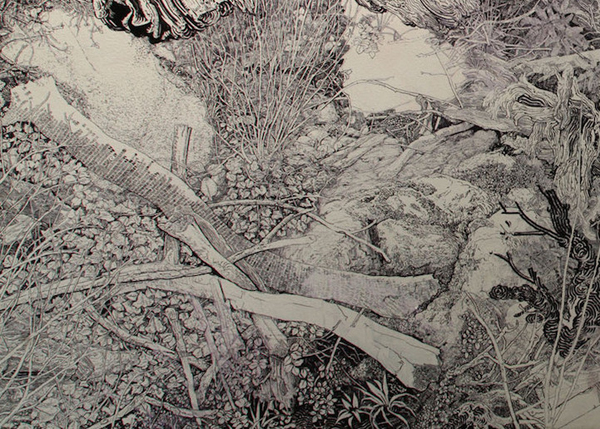 Sean used only a black marker to make this incredible work in the Los Angeles Contemporary Exhibitions (LACE) gallery hallway. 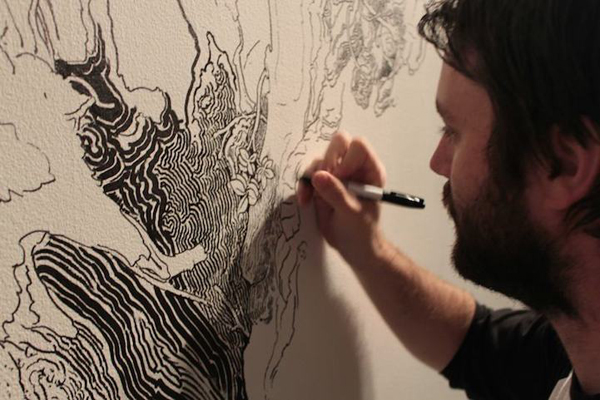 He started with the image of a falling oak…

And added everything else around it.

For being such a simple medium, this work is incredibly detailed.

You can see how it would take months and months to create.

Just imagine if Sean completed the initial, larger vision he had in his head…

According to the Grand Pale Maw information on LACE’s website, Sean “often attempts to address mythological divisions surrounding nature and the artificial world by creating highly focused handcrafted drawings.” Highly focused is almost an understatement. Sean’s level of detail almost seems to surpass what humans would be capable of creating, especially on such a large scale. Source: Sean Sullivan via My Modern Met If you liked Sean’s work, please share it with others. Those 7 months of dedication paid off.