Wait, did we say Twitter users have been Photoshopping that picture of President Mom Jeans and his shotgun? Can’t be. As Twitchy reported earlier today, the White House issued the photo with the stern warning that it “may not be manipulated in any way.” Some of these are just captions, though, and the rest aren’t manipulations, but rather a process left over from the Bush era called “enhancement.”

@twitchyteam @michellemalkin More trouble for me. Here’s another no-no photoshopped image. BHO and the Constitution. twitter.com/mastadonarmy/s…

I’m so embarrassed for us RT @dmataconis: President Obama, Her Majesty the Queen has a response to your recent photo. twitter.com/dmataconis/sta…

Finally the truth comes out on how we got Osama! s419.beta.photobucket.com/user/jg41187/m… 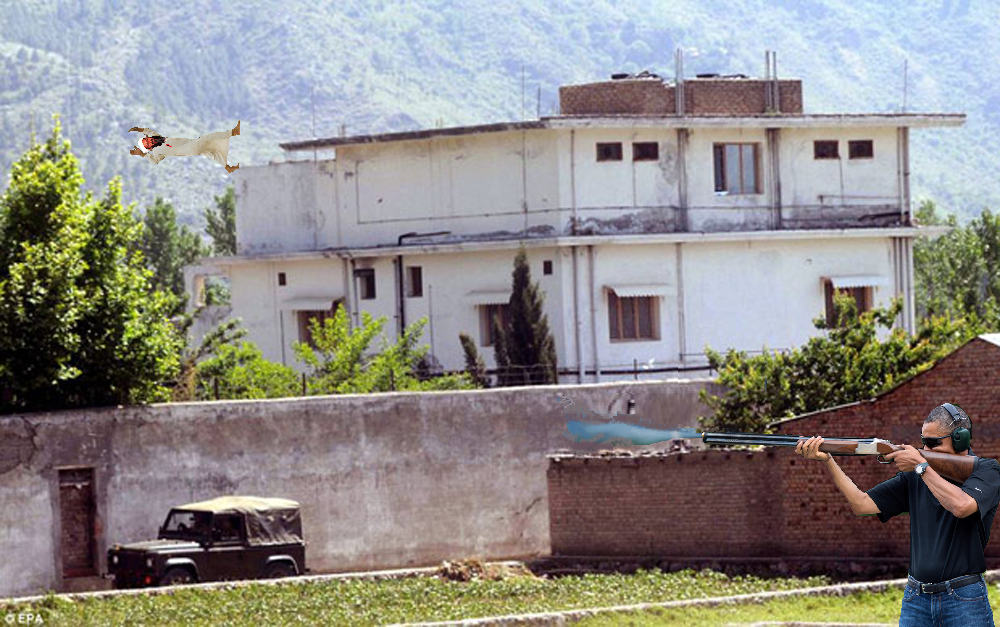 There was supposed to be an Earth-shattering kaboom twitpic.com/c0d2bf via @twitpic

To honor WH wishes, we urge you to NOT LOOK at this photoshopped picture of Obama shooting his skeet gun. twitpic.com/c0ffb9

Yeah, I just took the #Obama skeet photo and messed with it… So what? twitter.com/BradThor/statu…

Keep on enhancing, Twitter! We haven’t been able to catch them all, so keep tweeting.