Earlier this year, Former Florida Rep. Corrine Brown, a Democrat, was found guilty on two dozen charges of public corruption. Brown (and two others) learned about their fate today:

Brown's lawyer said he will file an appeal and a motion to allow Brown to stay out of prison pending the appeal process (that is a long shot). 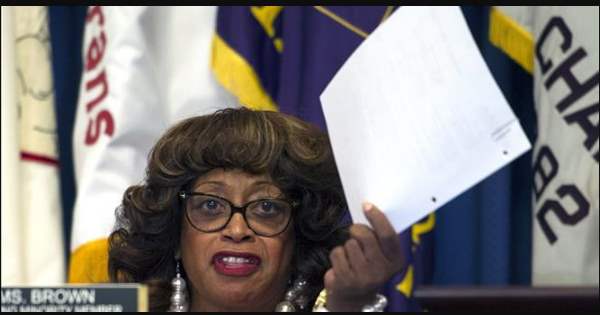 Previous Post: Lena Dunham reflects on downside of ‘being a feminist shopaholic’
Next Post: Don’t Buy That Girl A Drink…