As Twitchy reported, the New York Times on Tuesday reported that President Donald Trump toldthen-FBI Director James Comey during a meeting regardingformer national security adviser, Michael T. Flynn, “I hope you can let this go.” As always, the information made its way into print through an anonymous sourcewho“read parts of the memo to a Times reporter.” The New York Times said it has not seen the memo, andSenate Intelligence Chairman Richard Burr has told reporters it’s the burden of the New York Times to produce it.

On Friday, President Trump tweeted that Comey had better hope there were no “tapes” of their conversation.

James Comey better hope that there are no "tapes" of our conversations before he starts leaking to the press!

Add into the mix Monday night’s bombshell report about Trump sharingclassified information with the Russians, and you have three things everyone would like to see.

There are now 3 things Congress will want to clear all this up:
-tapes, if they exist
-transcripts or notes of Lavrov meeting
-Comey memo

Newspapers don't have subpoena power. Senator Burr's committee certainly does. He can get that memo and others like it very easily.

@Sam_Frizell @SenatorBurr Senator Burr, act for the good of the country. Get the memo, see if POTUS has "tapes." (doubtful) Do something.

Do “tapes” even exist? An audio recording would be a great way to corroborate whatever’s written in the memo.

If Trump has those "tapes," now might be the time to produce them. Otherwise, "memo."

Mr. President, if you dispute the Comey memo, just release the tapes of your conversations you said you recorded.

Republicans in Congress need to subpoena this memo and investigate this thoroughly. If it's true, Trump needs to be impeached. https://t.co/2kK5lktL6n

If Trump has tapes, it's now his turn at the poker table. If not, someone just called his bluff. https://t.co/12TicyVkSN

The president has shot himself on the foot, we want the tapes, and comey's memo.

I forget – does memo beat tapes? Or is it scissors? #Comey

As the old saying goes, don't bring "tapes" to a memo fight.

I'll see your tapes and raise you a memo. I bet Comey is the better poker player.

I see your "tapes" and raise you a memo/paper trail https://t.co/D8K9l4Sesb

As others have noted, Congress can find out if this story is true by subpoenaing the memo. It should.

@charlescwcooke @guypbenson I strongly suspect the whole point of this leak was to goad Congress into doing just that.

@JonahNRO @charlescwcooke @guypbenson Subpoena "any and all recording devices that may exist in the Oval Office or the executive offices of the President." @AndrewCMcCarthy 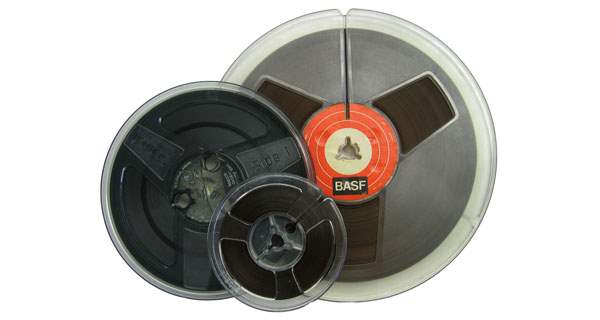 Previous Post: They Met On A Train Years Ago. Then The Conductor Made A Tear-Jerking Announcement.
Next Post: Reality/parody divider = JUMPED: ‘Dunkirk’ review’s trigger warning for SJW’s sends heads to desks