This Ridiculous Online Dating Profile Shows You Exactly What NOT To Do.

Back in August, a woman named Emily was messaged on OKCupid by a potential male suitor. Wanting to see his profile and check out his potential (“Is he attractive?”), she came across THIS.   What she found was the most thorough list of dating deal breakers imaginable. After picking herself up from the floor from laughing so hard, she took a screenshot of his list. Either this guy is the world’s best dating troll, or he is going to be alone forever. This is unbelievable. 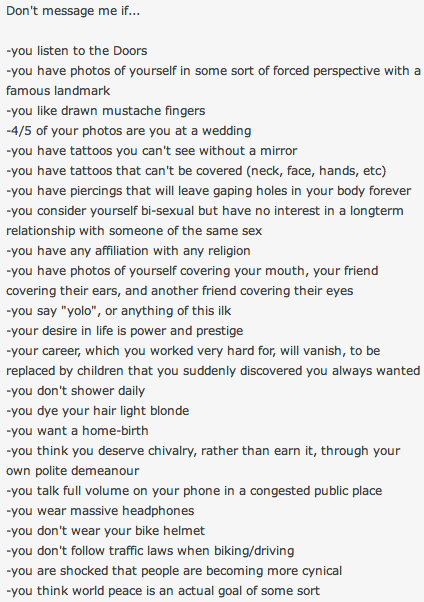 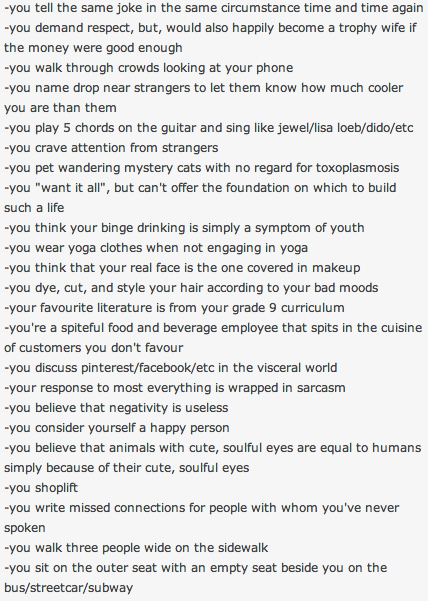 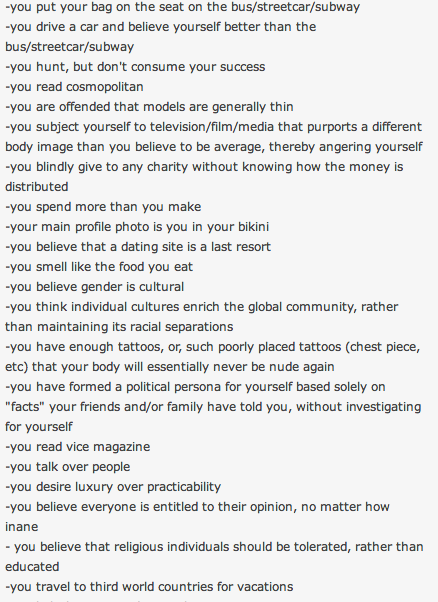 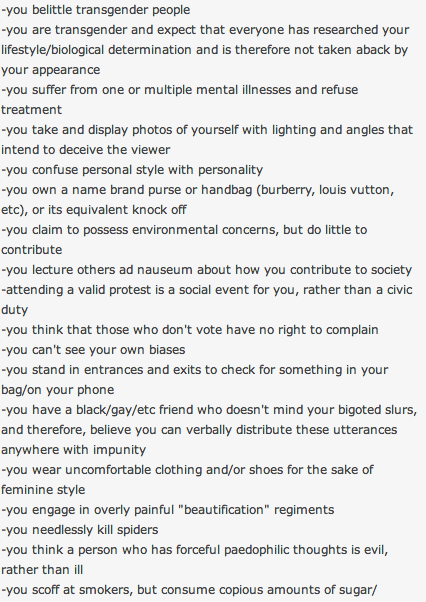 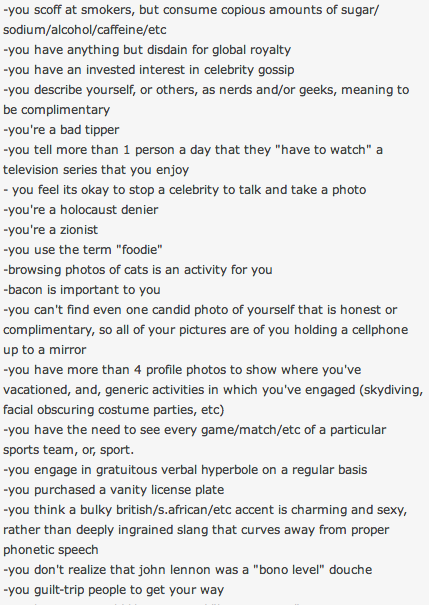 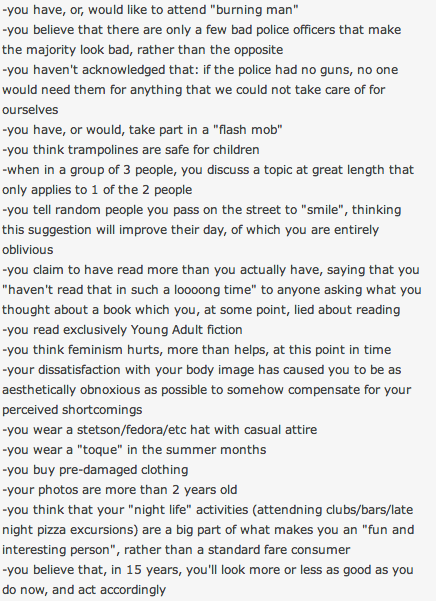 (Source: Tumblr via 22 Words) According to this list, 99.9% of the female population on Earth wouldn’t be good enough for him (although that’s probably a good thing). Share this ridiculousness with others by clicking below. More people should know what NOT to do when making an online dating profile.

Previous Post: Talking With Your Crush For Hours
Next Post: Plaque honoring Charlie Hebdo cartoonists has a typo