In Spring City, Pennsylvania, lies the notorious Pennhurst State School (also known as the Pennhurst Asylum), which is a mental hospital with a history that’s marred by controversy. In the 1960s, a local news station did a five-part report on the inhumane conditions to which Pennhurst physicians and nurses subjected patients. In 1983, nine employees were arrested for physically abusing patients and forcing them to fight each other. Shortly thereafter, the establishment closed for good.

But there are some who believe that the spirits of abused patients still roam the halls. This guy’s creepy photo appears to support that theory.

This ghoulish picture was taken in Pennhurst’s Mayflower Hall around Halloween. 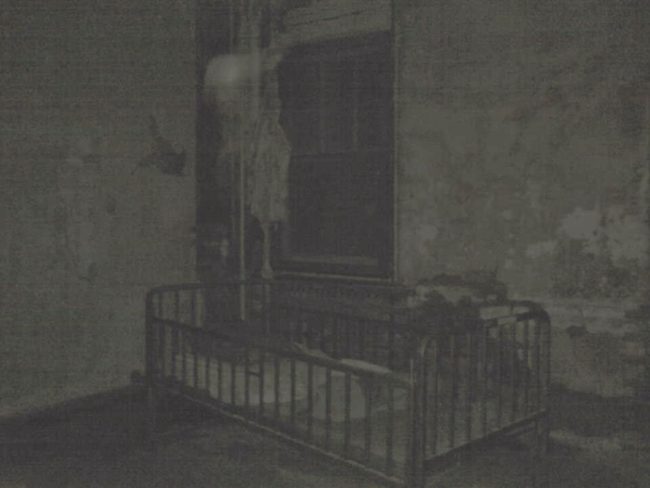 Quite a few of the patients and employees are said to haunt the campus’s many facilities, including one man who can be seen charging into the walls in order to hurt himself.

As if inviting the spirits to materialize, the property has recently been turned into a haunted attraction that allows visitors to take ghost tours.

If you want to learn more about this spooky site, check out Tamera Lawrence‘s book called Ghosts of Mayflower.