Disturbing images from Port of Piraeus, Greece where multiple news outlets are reporting that a male refugee from Turkey grabbed a woman’s newborn baby and threatened to throw it a police: 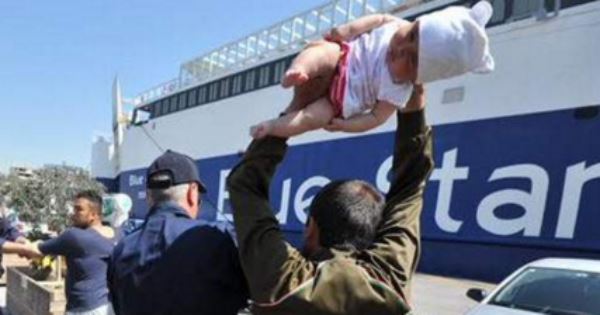